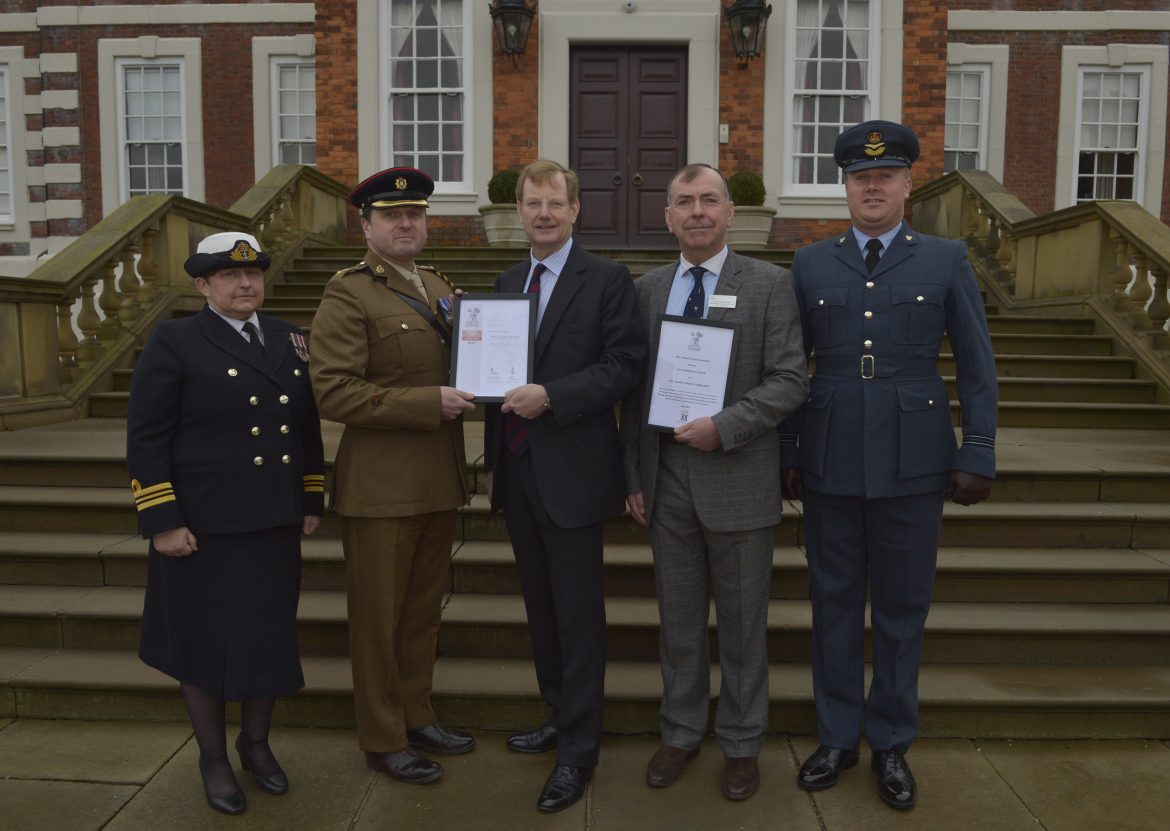 The Rt. Hon The Earl of Derby has been honoured for his excellent support to the Armed Forces Community and has won a bronze award in the Defence Employers Recognition Scheme.

The Defence Employers Recognition Scheme aims to encourage employers to support defence and inspire people to do the same. The award honours those which have signed the Armed Forces Covenant, are open to employing reservists, veterans, cadet instructors and military spouses or partners, and are generally ‘armed forces friendly’.

It’s a scheme close to the Earl’s heart as he was in the Grenadier Guards and has strong family connections with the military. His uncle received the Military Cross in the Second World War and his Great Grandfather was Secretary of State for War in the First World War while his two sons fought in the trenches.

Lord Derby is most known in Knowsley for running Knowsley Safari Park, Knowsley Hall Stately Home and other local enterprises. He is also President of the Chambers of Commerce for Knowsley, Liverpool and Sefton, so is able to recognise and appreciate the qualities and transferrable skills that veterans and reservists bring to business.

Lord Derby said: “Those who have served and are serving as reservists bring a whole new dimension to business and our communities. Whilst not always coming with industry knowledge, they are quick learners and very creative; calm, confident and good communicators with great senses of humour and team loyalty. Of course, the notion of strategy, planning, process and objectives are second nature to all ranks.

I am delighted that the Knowsley Estate has achieved its bronze award in the Defence Employers Recognition Scheme. We will continue to support the Armed Forces community in every way we can and are already looking at home we can achieve the silver level.”