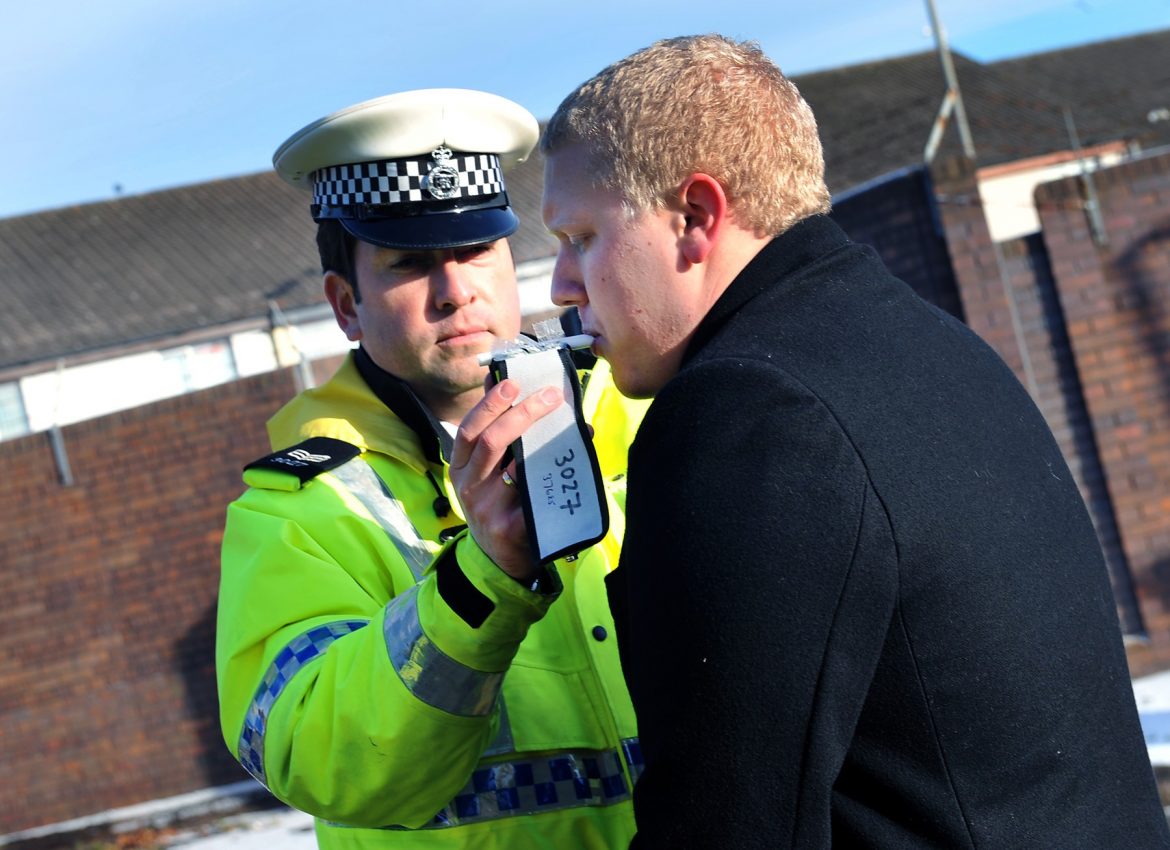 Driving offences involving drugs in Merseyside reached record figures during the December/Christmas period, with the latest statistics part of a 50 % annual increase in the number of local motorists being caught.

Figures from the National Police Chiefs Council (NPCC) show that 136 drivers in the region tested positive for drug driving during December 2017, compared to 89 during the same period in 2016.

The latest figure for December is part of 1248 drug driving arrests which were recorded in Merseyside during 2017, a 50 % increase on the previous figure of 801 offences in 2016.

Since the introduction of roadside drug testing in 2015 in Merseyside, 2,368 drivers have been arrested for drug driving, an average of 75 detections a month.

Overall since 2014, there has been a 400 per cent increase across the region in the number of drug drive detections.

In total 1200 drivers in the region were arrested in 2017 for drink driving.

The areas which saw the most arrests for drink or drug driving were Knowsley/ Central Liverpool and Sefton, where 50 and 30 arrests were made respectively.

“The latest figures show that drug driving is clearly becoming a very serious problem in Merseyside, not only during the Christmas period but throughout the rest of the year.

“Motorists who drug drive are just as irresponsible as those driving under the influence of alcohol and they put lives at risk, including their own, in exactly the same way.

“As a Partnership it is important we take action to target this issue, particularly as many drivers may mistakenly believe they are less likely to be caught drug driving than drink driving. With the detection methods now available this is no longer the case.”

“The figures revealed by this crackdown over the Christmas period are deeply troubling. It is completely unacceptable to get behind the wheel while under the influence of drugs. Not only are these individuals putting themselves at risk, they are endangering the lives of other innocent road users. It is irresponsible, reckless and selfish.

“Drug drivers must take heed, roadside drug testing is being carried out and, be warned, Merseyside Police will take robust action against anyone caught. The sentence for drug driving, if it causes death or serious injury currently carries a sentence of up to 14 years in prison, but the anguish and heartbreak caused to the victims and their families can last a lifetime.”

“It is disappointing that we have seen an increase in motorists arrested for drug and drink driving.  While they represent a small minority of drivers, I cannot stress enough the danger that these people present, not just to themselves, but to other road users too.

“The consequences of being caught can be life-changing, we will remain vigilant throughout 2018 to find those drivers who present a risk to other road users.”

“These figures are worrying and bring into relief the serious issue of drug driving. It is incredible that anyone would even think about taking charge of a vehicle whilst under the influence of either drink or drugs.

“We need to demonstrate a zero-tolerance approach to such anti-social and criminal behaviour by continuing to ensure we detect and punish those responsible.”

“The latest figures are very concerning and show that drivers are taking massive risks which endanger both the lives of themselves and other road users. We fully support our partner agencies in taking a zero tolerance approach to both drug and drink driving.”

Helping people into employment and training in Knowsley