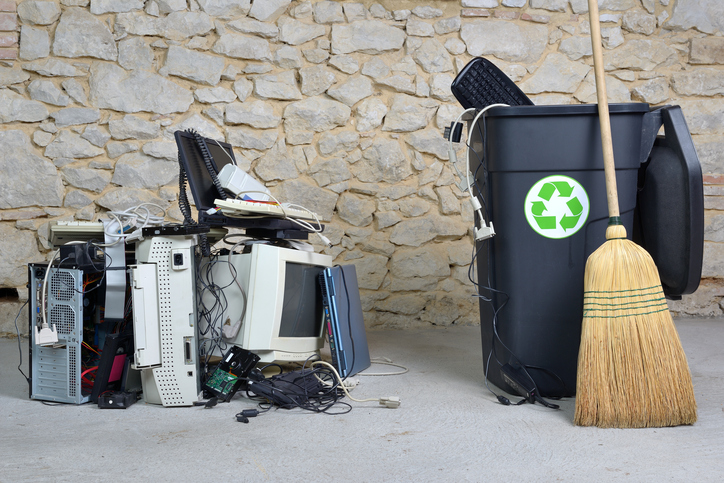 Before you throw out any old electrical appliances that you may be getting rid of after Christmas or after a New Year clear out, choose to recycle them to do world some good!

On average, 173 million electrical items are bought in the UK each year with many ending up being thrown away and sent to landfill. In fact, more than one million tonnes of electric and electronic items are thrown away each year in the UK alone.

Did you know that a lot of electricals such as mobile phones, consoles, tablets and computers contain valuable materials which can be reused in new products?

So if you have any unwanted electric or electronic items, the message is to ‘bring it’ rather than ‘bin it’.

How do I know if something is recyclable?

You will know if you can recycle an item if it applies to any of these:

What electronics can be recycled?

Where can I recycle my unwanted items?