Most recent
El Pueblo opens its doors in Huyton
For the record: Kirkby High School temporary closure
For the record: Rents and business rates in...
Home Knowsley people ‘Diary of a Dude’ charts soldier’s WW1 experiences

A World War One naval diary and photograph collection held in Knowsley’s archive will be conserved and made accessible for generations to come thanks to £9,500 of National Lottery Funding.

Knowsley’s archive (the ARK) successfully bid for a Heritage Lottery Fund ‘First World War: then and now’ grant, made possible thanks to National Lottery players.

The ‘Diary of a Dude’ project will transform John (aka Jack) Victor Pulman’s fascinating WWI diary and photos into an online resource that is available for everyone to access and enjoy.

What’s in the diary?

The diary provides a detailed first-hand record of a man serving in the navy during the First World War and is unique in Knowsley’s archive collection. It begins in 1914 and ends in 1918 and includes descriptions of Jack’s experiences during this period as he travels through India and North Africa.

Who was Jack Pulman?

Jack was a keen photographer, artist and musician, and the diary includes a large number of his photographs that show himself and friends; people he met during this period; local customs and places he visited, such as snake charmers and the Egyptian pyramids and Sphinx.

Also inserted into the diary are a few hand-painted illustrations, usually portraying maps of where he has been or is currently stationed.

As a keen musician, Jack was a member of a musical group, the Deolali Dudes (usually just referred to as ‘the Dudes’), who entertained the camp they were stationed at and hand-drawn programmes for their concerts are included in the diary.

The help of two local voluntary organisations has been enlisted to help bring to life the diary’s incredible stories.

Comics Youth, the charity that work with vulnerable young people, using comic books to encourage them to explore their own stories, want to use the diary to inspire the young people to create comic books that bring aspects and episodes of Jack’s remarkable story to life.

Meanwhile, the Huyton branch of the University of the Third Age (U3A) are keen to make use of transcripts and digitised extracts from the diary to complement their research into the First World War period which they plan to commemorate with a community event.

To make the diary accessible to as many people as possible, extracts are now being posted to a dedicated Twitter account, @diaryofthedude which is posting some of the entries and photographs from this incredible diary.

“We’re delighted The ARK has received support for our Diary of a Dude First World War Centenary project thanks to National Lottery players.

“It’s great we can bring the amazing life of Jack Pulman, member of the Dudes, to the attention of a new generation of people over 100 years after he first put pen to paper.” 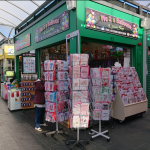 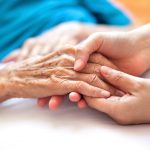