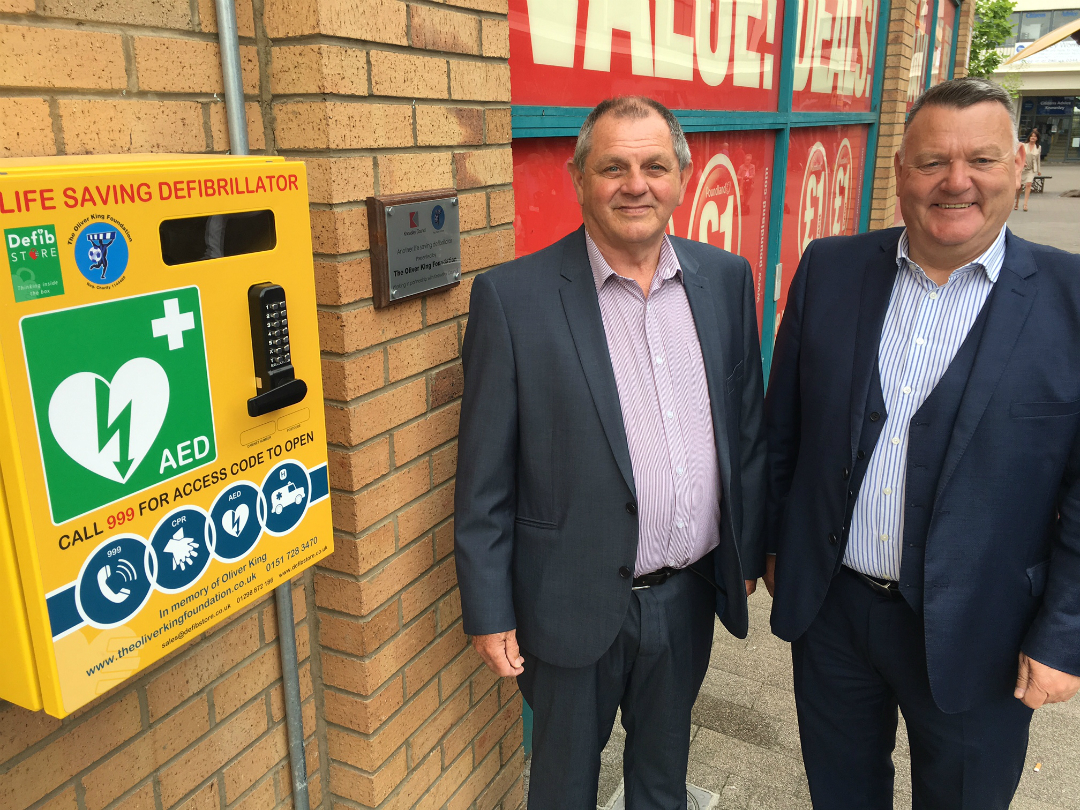 A number of life-saving defibrillators are being installed in public places across Knowsley from this week.

The Automated External Defibrillators (AED) are easy to use and can save the life of a person who’s suffered a sudden cardiac arrest.

Since 2013, Knowsley Council has provided defibrillators to every school and children’s centre in the borough, along with Volair leisure centres and publicly-accessible buildings.

The council’s Occupational Health and Safety team has also trained around 800 staff in these locations in how to use the AEDs.

Defibrillators in Knowsley have been successfully used on three separate occasions in the past six months.

Working in partnership with the Oliver King Foundation – set up in memory of 12 year old Oliver, who sadly died at his Liverpool school in March 2011 from Sudden Arrhythmic Death Syndrome (SADS) – the council has now expanded the initiative to provide AEDs in the following town centre locations:

More defibrillators will be installed in other locations over the coming weeks.

The defibrillator is easy to operate, with a series of clear voice instructions and visual prompts provided to guide the user through the process.

If a person has suffered a sudden cardiac arrest, someone should ring 999 immediately to request an ambulance. The control room operator will tell the caller where the nearest AED is located and the unique access code to open the unit and get to the defibrillator. Mark King shows Cllr Byron inside the defibrillator box, which has been installed in Kirkby town centre

“I’m delighted that we are able to expand this vitally important initiative and provide even more defibrillators across Knowsley.

“Research shows that if defibrillation is delivered promptly after someone suffers a cardiac arrest, their chances of survival increase dramatically to as much as 75%. We have seen three lives saved in Knowsley this year thanks to the use of defibrillators installed in our schools, children’s centres, leisure centres and publicly-accessible buildings.”

“It has been an absolute pleasure working in partnership with Knowsley Council to make sure that every child and member of staff is in a safe working and learning environment.

“I’m so pleased that the initiative has expanded even further across Knowsley with defibrillators being installed in three main shopping areas with more to follow.”

Internship programme for local people with disabilities hailed a success