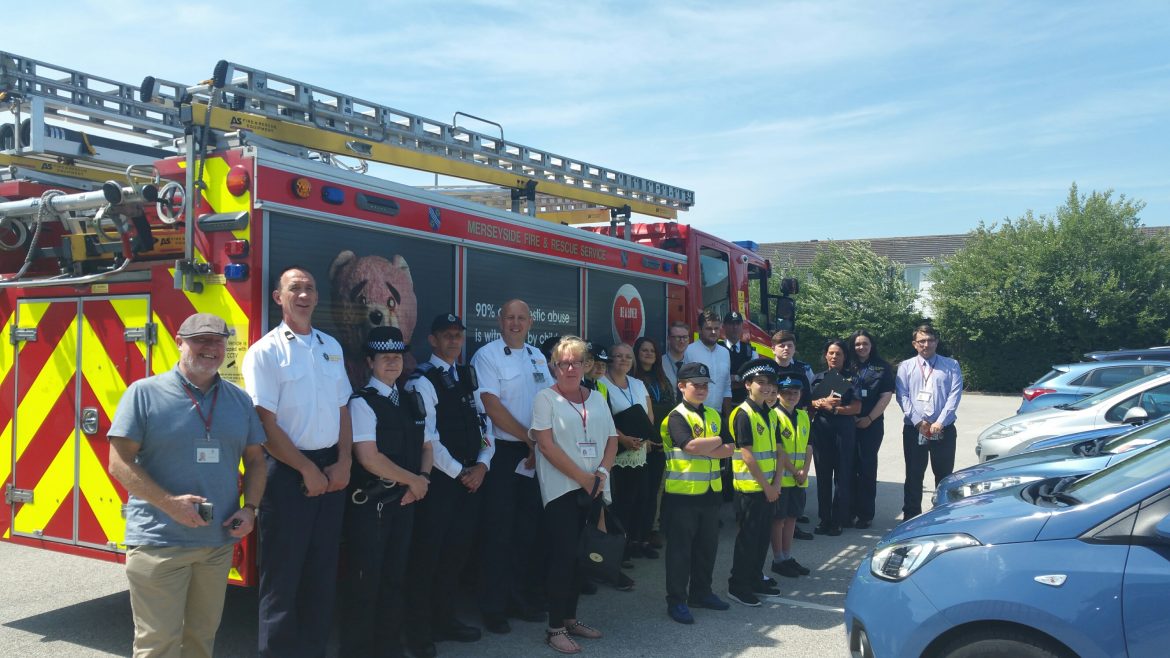 Day of action for Towerhill

Earlier this month, Knowsley Fire and Rescue Service organised a ‘day of action’ to deliver advice and information about various community matters to residents in Towerhill, Kirkby.

The day involved delivering arson and anti-social behaviour advice to residents in properties in the area while officers from Merseyside Police offered advice on preventing crime to several households. Leaflets with further crime prevention advice were also distributed to households.

Knowsley Housing Trust officers were on hand to offer advice to residents about the different housing options available to them. The officers also helped to improve Towerhill by giving notice for several gardens in the area to be better maintained.

Fly tipping was also a focus in the campaign; three incidents of fly tipping were reported and residents were provided with contact information to report fly tipping.

Also on the day, 11 ‘Mini Police’ had the opportunity to have a look around a fire engine and speak to some of the fire crew from Knowsley Fire and Rescue Service. Mini Police is a scheme launched last year for children to become ambassadors for their local community. The children can wear their own police uniform and are provided with opportunities and life skills that will help themselves and their communities grow stronger.

Thanks to all of the partners who worked together to make the day a success. A couple of the latest Mini Police recruits

Our Bowring – a Community Archive