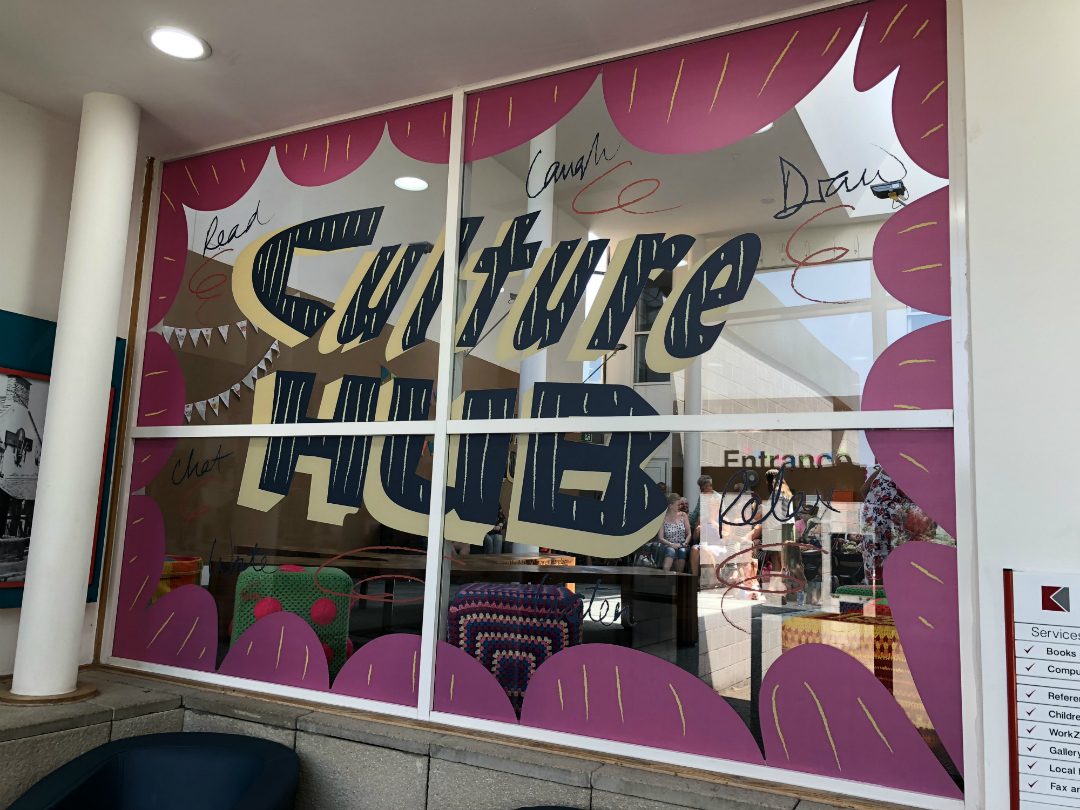 A new space for individuals and community groups to get involved in arts and culture has opened in Huyton Library.

The Culture Hub is a space where people can be creative in whatever way they choose. This could be simply taking time out from the day to draw a picture, using the art materials provided at the hub, or coming along at different times throughout the year to watch, and be part of, live performances.

The Culture Hub is part of an Arts Council funded ‘Arts in Libraries’ project and it is hoped it will become a much loved space for people of all ages, interests and abilities. It was created from the very start to also be ‘dementia friendly’ by Knowsley Council’s Culture team, working closely with the Alzheimer’s Society. The Hub was officially launched at a celebration event on Friday (29 June), where Cllr Sean Donnelly, Knowsley’s Cabinet Member for Health and Social Care, welcomed guests and introduced a performance by children from St Anne’s Primary School’s Performing Arts Group.

He said: “It’s great to see so much enthusiasm for a space like this and to hear so many creative ideas from the community about how it could be used.

“The idea is to allow as many people as possible to take part in cultural activities or enjoy performances right here in our libraries. So it’s really exciting to see what kinds of events the Culture Hub might inspire, both here in Huyton library but right across the borough, too.”

Guests at the launch were able to take a look at the colourful ‘twiddlemuff’ comforters that had been crocheted for people with dementia, who sometimes suffer from restless hands. They also admired the fantastic colourful knitted furniture and decorations used in the space, including cushions and seats, which were made by the knitting and sewing groups who meet in the library. Over the coming months, the Culture Hub will be used for a wide range of activities, with culture at their centre. It will be somewhere that anyone can drop in and use in their own creative way – whether to draw, listen, play, write, chat or just relax.

There will also be organised cultural events at different times throughout the year, which will include live music, performing arts, and pop-up displays of artwork.

The Culture Hub is part of Knowsley Council’s commitment to helping people access culture, and, with the help of funding from Arts Council England, visitors to all Knowsley’s libraries will have the chance to enjoy performances, try creative workshops or join in with other creative activities in the coming weeks and months.

Contacting the council online is quick and free