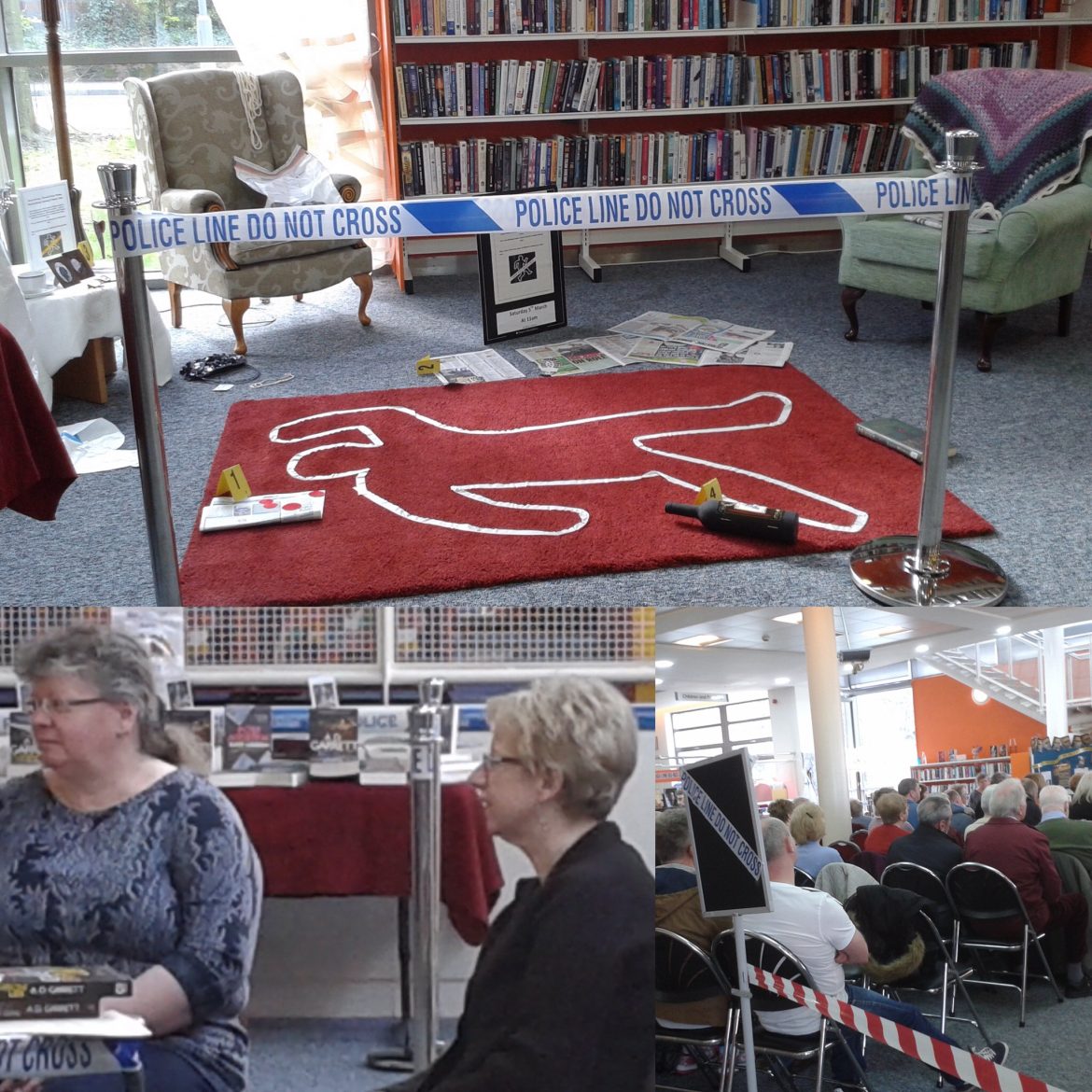 Were you one of the super sleuths who helped crack the mysteries and solve a fictional crime during Knowsley libraries’ recent Crime Reading Festival?

During the fortnight long festival visitors to Knowsley’s libraries were invited to challenge their crime solving skills on the fictional crime scene created in all five libraries. Many library visitors volunteered their theories on the method and motive.

The final piece in the puzzle was unveiled during an author event with Margaret Murphy – who writes as A.D. Garrett – and her Forensic Crime Collaborator, Helen Pepper, who revealed that the display was based on one of the scenes in A.D. Garrett’s next book. So now you’ll have to wait until the third book in her series is released in November for all to be revealed!

International Woman’s Day was also celebrated during the fortnight with local authors Martine Bailey and Alison Layland. Martine’s books are centred around cookery – her writing style has been described as a fascinating new genre ‘culinary gothic’. The authors advised that if you want to get published, the thing to do is write a crime novel as more than 50% of books published are in this genre.

The final author event for adults took place in Prescot Library with Dr Ian Marsh, a lecturer in criminology from Prescot who has just published his first work of crime fiction. He gave a fascinating talk on how people become serial killers.

As part of the festival the libraries’ regular sessions all had a special crime theme too, including their reading groups for adults and activities for children and young people.

Did you know you can now borrow e-books for your tablet or e-reader, for free, from Knowsley libraries?

Want to get back into the reading habit? This challenge for adults will inspire you

New release books in Knowsley’s libraries to inspire you