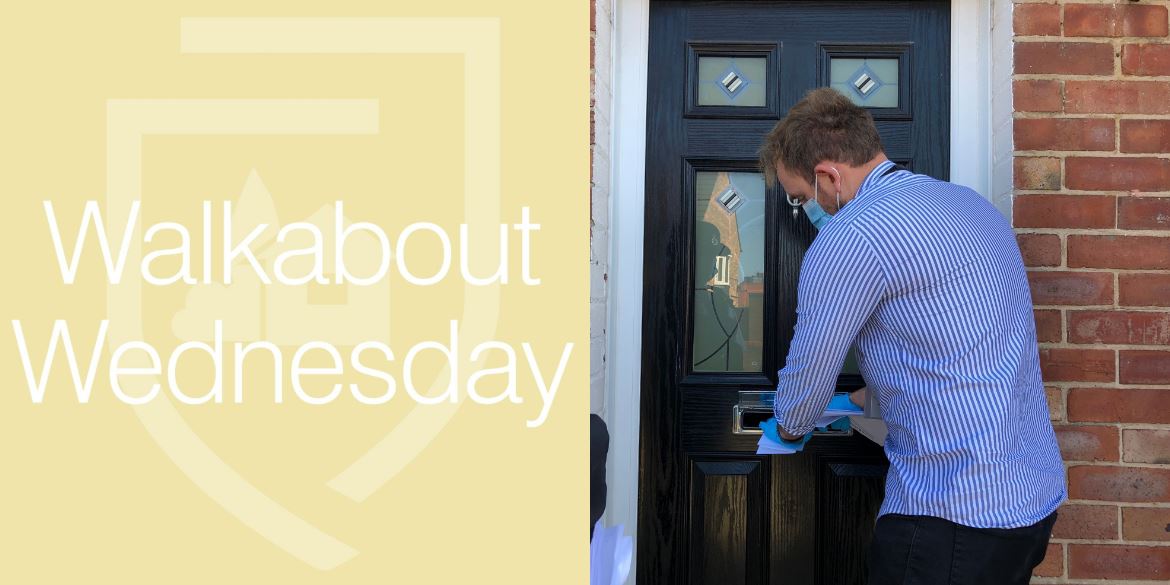 Following the recent warrant executed by Merseyside Police on Springvale Close in Kirkby, Knowsley’s Crime & Communities and key partners conducted their Walkabout Wednesday in the area.

During the walkabout the Crime and Communities Team and officers from Knowsley’s local policing team issued letters of reassurance that resident concerns continue to be prioritised. They also appealed for any information that may help with further action in the area to tackle criminal and anti-social behaviour.

If any residents do have any information please report it to Merseyside Police via 101 or online here. However if there is anything you would like to discuss in confidence with our Crime and Communities Team please email Safer.Knowsley@knowsley.gov.uk

Despite the coronavirus pandemic, the team’s weekly walkabouts have continued. Ordinarily the team, ward councillors and partners would join and speak with residents, face-to-face. However, the team continue to visit areas in smaller numbers, while adhering to social distancing guidelines.

“The warrant executed by Merseyside Police was a result of community intelligence and it’s fantastic to see communities coming forward with information. I’m also delighted to see the Crime and Communities Team working so closely with the local policing team to follow up this action, offer reassurance, and continue to build trust with our communities that their concerns  will be addressed.”

The team continue to patrol the borough, to disrupt and deter criminal and anti-social behaviour and speak with local residents and businesses to understand their concerns.

This week has seen the recovery and seizure of weapons off our streets including a knife handed in by a diligent resident in Kirkby as well as one recovered by a Police Cadet open land search also in Kirkby. A stop and search in Huyton resulted in the seizure of drugs and £4,000 in cash, with a further stop and search in Kirkby resulting in the arrest of a male, also with links to organised crime, for the supply of cannabis. An off-road bike, which are a blight on our neighbourhoods, was also seized in Whiston.

This week officers also presented an elderly resident in Prescot who had been recently burgled with a bunch of flowers and chocolates. The gifts were bought following a bid to the Merseyside Police Federation Charitable Trust.

Seeing your mates…it’s not life and death

Are you a digital dynamo or dinosaur?