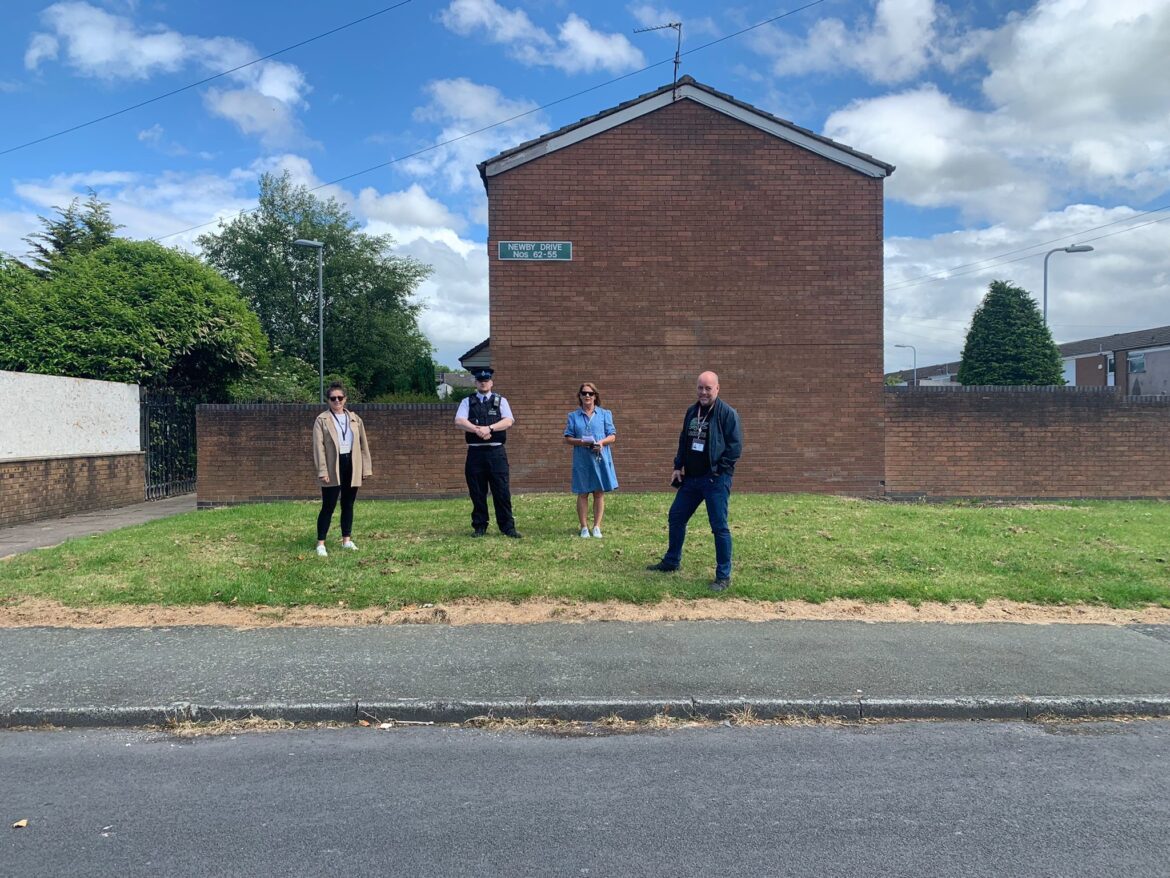 This week, Knowsley’s Crime and Communities Team hosted their Walkabout Wednesday on Newby Drive in Huyton.

Walkabout Wednesday aims to engage with local residents and provide reassurance that action is being taken in their local area to address concerns.

During the walkabout officers from the Crime and Communities team and Merseyside Police spoke to more than 30 residents, offering reassurance that their concerns are being addressed and continued to gather information and intelligence. During the walkabout residents thanked the team for their proactive work and the interventions that have been introduced.

WORKING IN PARTNERSHIP
This walkabout is the latest action taken in the area but recently the team have also worked with Merseyside Police to issue warning letters to those known to be involved in Anti-social Behaviour (ASB). The team is also working with local landlords to secure an empty building that was attracting groups of young people who were engaging in dangerous and criminal behaviour.

ARRESTS MADE
Significantly, Merseyside Police also made a recent arrest. Thanks to reports from residents of incidents of ASB caused by young people, officers were able to attend the area. This resulted in the arrest of one of them for failing to comply with officers and 2 have been issued with Acceptable Behaviour Agreements (ABAs).

“This behaviour in our communities will not be tolerated and we are working collaboratively with our residents and partners to address it. Thanks to the proactive work of our Crime and Communities Team we have established a good relationship with local residents which has encouraged them to report incidents as they’re happening. I’d encourage people to continue reporting their concerns.”

REPORT IT
In an emergency call 999.

If you are experiencing anti-social behaviour or are a victim of a crime you are encouraged to report this to Merseyside Police via 101 or online here.

However, if there is anything you would like to discuss in confidence with our Crime and Communities Team please email Safer.Knowsley@knowsley.gov.uk