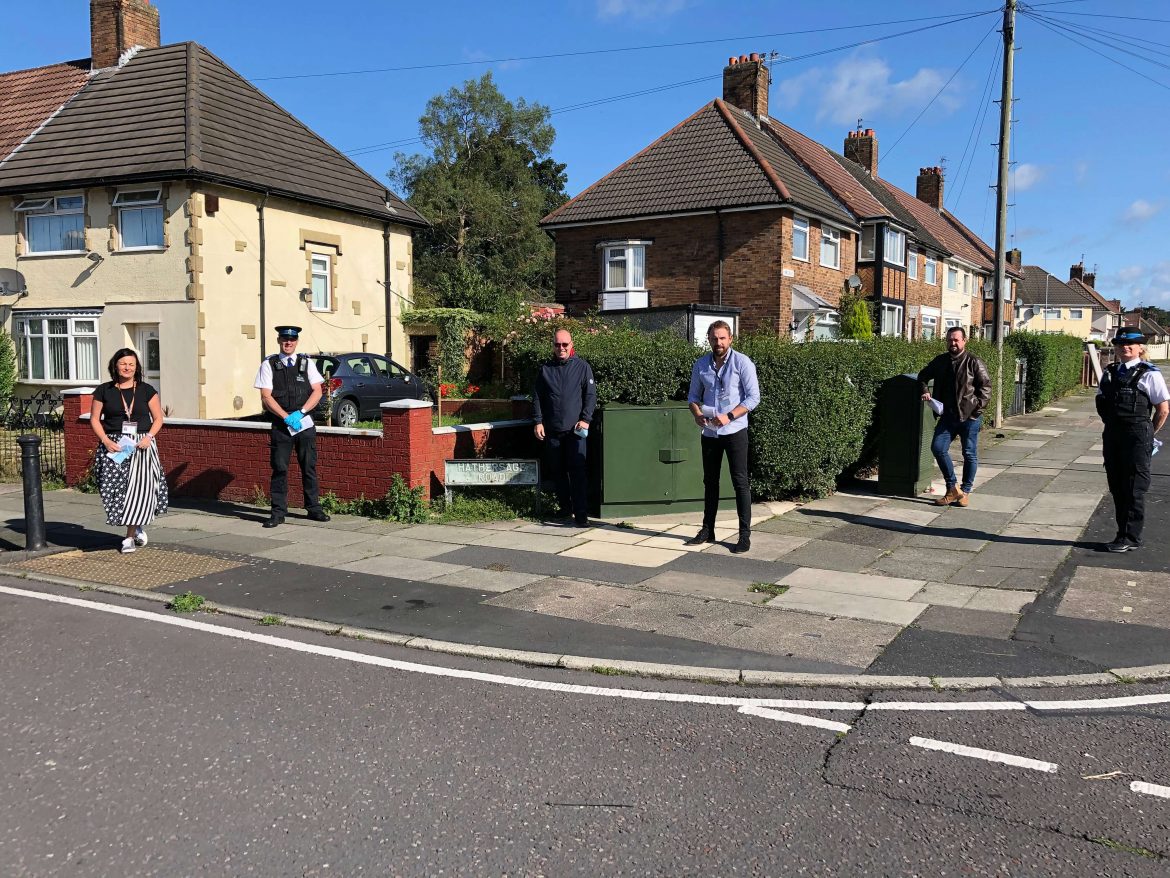 Following the recent firearm discharge on Hathersage Road in Huyton, Knowsley’s Crime and Communities team conducted their weekly Walkabout Wednesday on the street.

Along with Merseyside Police, the team issued reassurance letters to residents that their concerns were being prioritised and appealed for any information that may help further with the on-going investigation.

If anyone does have any information please report it to Merseyside Police via 101 or online here. However if there is anything you would like to discuss in confidence with our Crime and Communities Team please email Safer.Knowsley@knowsley.gov.uk

Despite the coronavirus pandemic, the team’s weekly walkabouts have continued. Ordinarily the team, ward councillors and partners would join and speak with residents, face-to-face. However, the team continue to visit areas in smaller numbers, while adhering to social distancing guidelines. 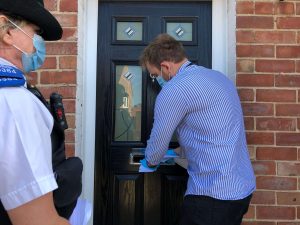 Cllr Shelley Powell, Cabinet Member for Neighbourhoods and Communities, said: “We share the disgust of our communities that this incident has occurred. We are committed to building better and safer communities, but we can only do that with the support of our residents. I urge anyone with any information – no matter how small it may seem – to share this with either Merseyside Police or the Crime and Communities Team.”

This week’s successes for Knowsley’s Local Policing Team
The team continue to patrol the borough, to disrupt and deter criminal and anti-social behaviour and speak with local residents and businesses to understand their concerns.

A major success of the partnership this week was the arrest of a male at a property on Riding Hill Road following the recovery of a cannabis farm. This came shortly after a Crime and Communities walkabout where the team, along with Merseyside Police, issued reassurance letters to residents. More info about the walkabout can be found here.

Other success over the last week include the seizure of vehicles being driven illegally in Huyton and Halewood. A number of motor and scrambler bikes have also been seized in Stockbridge Village, Kirkby, and Page Moss with charges and arrests made of those who ride them and are a blight on our communities.

The also team continue to encourage residents to ensure their garages and sheds are secured following a recent increase of burglaries. You can see further advice to prevent this here.

Message of thanks from The Shakespeare North Playhouse