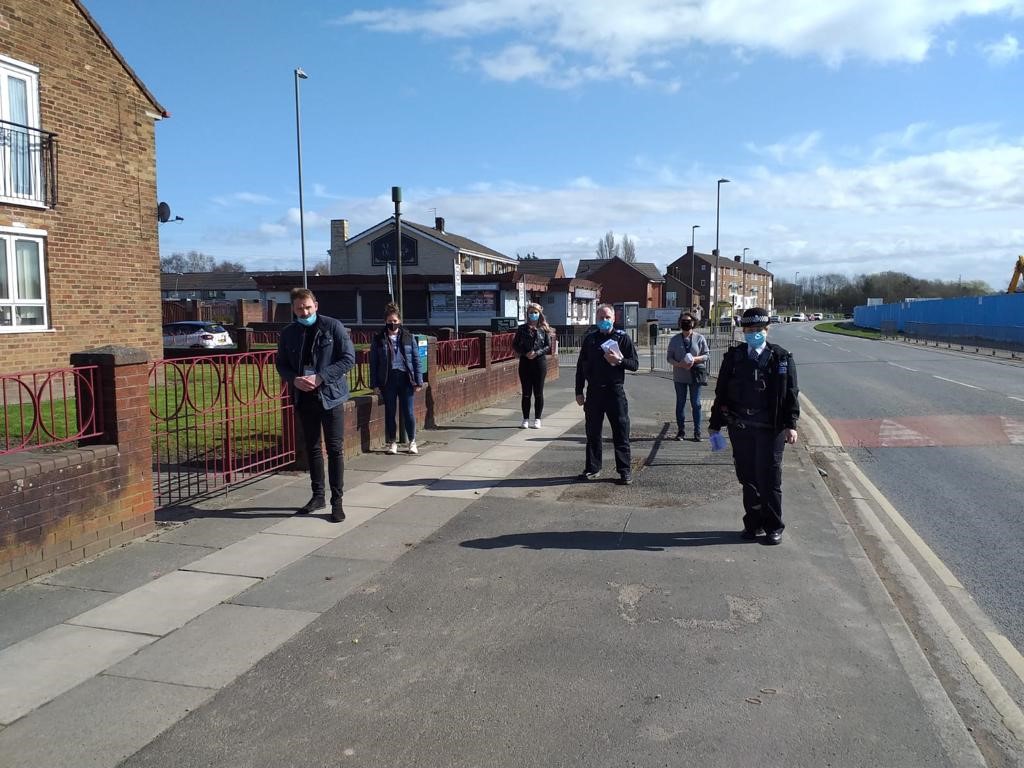 Today, Knowsley’s Crime and Communities team joined officers from Knowsley’s local policing team to appeal for information following reports of shots being fired at a house in Kirkby on Monday 23 March.

The team issued letters to residents in the areas of Whitefield Drive, Elstead Road and Benwick Road to offer reassurance and appeal for any information that could help with the investigation.

The appeal comes following events earlier this week. Shortly before 10pm, officers were called to Whitefield Drive in Kirkby after it was reported shots had been fired at a house on the street. Patrols attended and damage consistent with a shooting was found to the front door of the house.

Thankfully no one is reported to have been injured during the incident but an investigation is now underway and CCTV, forensic and witness enquiries are ongoing. Merseyside Police has also increased high visibility patrols in the area.

Detective Inspector John Fitzgerald said: “The use of weapons on our streets will not be tolerated and we know this will be an alarming incident for local residents. An extensive investigation is underway and we are determined to find the person responsible and remove firearms from our streets.

“I want to reassure the public that we are committed to tackling gun crime and we will continue to take action to protect our communities from individuals who use firearms with no thought for members of the public.”

If you saw or heard anything suspicious in Whitefield Drive or the surrounding area, or may have captured home CCTV or dashcam footage, please come forward as any information could be vital to the investigation.

You can also share information anonymously with Knowsley’s Crime and Communities team by emailing Safer.Knowsley@knowsley.gov.uk