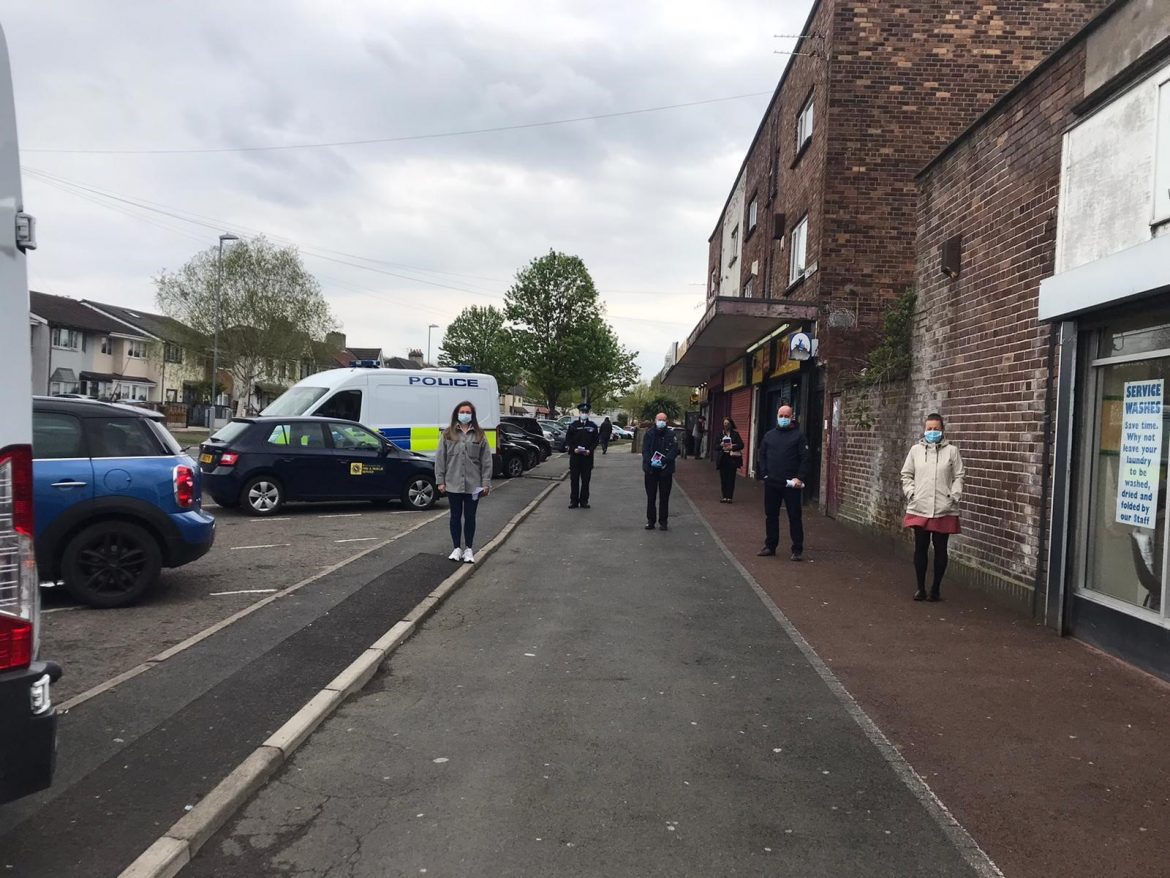 The team issued letters to residents in the Kingsway area of Huyton where the incident took place. Here they offered reassurance and appealed for any information that could help with the ongoing murder investigation.

At around 8pm, on 19 April, emergency services were called to Kingsway after reports a man had received stab wounds to his chest. North West Ambulance Service attended, and the man was taken to hospital where he sadly died.

An investigation is now underway and several lines of enquiry are being pursued. CCTV, house-to-house and forensic enquiries are also being carried out, with high visibility police patrols in the local area.

“We are deeply saddened by this act of violence that took place on our streets and led to the death of a young man. Knife crime will not be tolerated in our communities and we urge anyone who has any information to please share it. You can contact Merseyside Police directly or alternatively, speak to our Crime and Communities Team in confidence or report anonymously to Crimestoppers. With your help we can understand what happened and bring those responsible to justice.”

Detective Chief Inspector Siobhan Gainer, Merseyside Police, said: “We continue to appeal for the public’s help, and I want to appeal directly to anyone who was on Kingsway at the time this incident happened to contact us. If you have CCTV, dashcam or video footage from the Kingsway or Liverpool Road area at around 8pm on Monday 19 April, please do the right thing and come forward – you could help us to make significant progress in our investigation.”

This week Merseyside Police also take part in a week-long national campaign to deter those involved in knife crime. Operation Sceptre aims to proactively target those carrying weapons, reduce these offences, raise awareness of the dangers of knife crime, and provide young people with more positive alternatives to crime.

Across Merseyside, officers will be carrying out a variety of policing activity including open land searches, stop searches, high visibility and plain clothed patrols, weapon sweeps as well as working with partners, local schools, youth clubs and retailers.