Winning the Partnership Award, the team were recognised for their work in supporting Merseyside Police and the Knowsley community directly.

Established in September 2019 the team have been instrumental in tackling crime and anti-social behaviour in Knowsley.

The team work closely with Merseyside Police, Merseyside Fire & Rescue Service, Livv Housing Group, and ForHousing, alongside many other partners to tackle the issues that matter most to our residents.

Significantly the Crime and Communities Team has gathered crucial information and intelligence from our residents and communities which has resulted in targeted and positive action in the borough.

“Partnership work underpins everything we do, so to win an award that recognises and celebrates this is fantastic. Since the team was established in 2019, they have made substantial strides in building better and safer communities in Knowsley and I couldn’t be prouder of this achievement.”

Speaking after the awards, Chief Constable Andy Cooke said: “I would like to congratulate, and thank, all the winners and nominees who have received awards today as they are the reason Merseyside Police has been recognised as the best Metropolitan Force for the last four years. The people awarded today, along with colleagues across the force go above and beyond every day and that is because they are dedicated public servants who strive to keep our communities safe.” 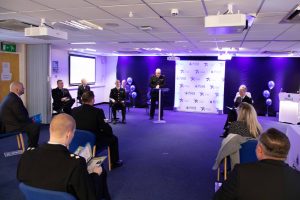