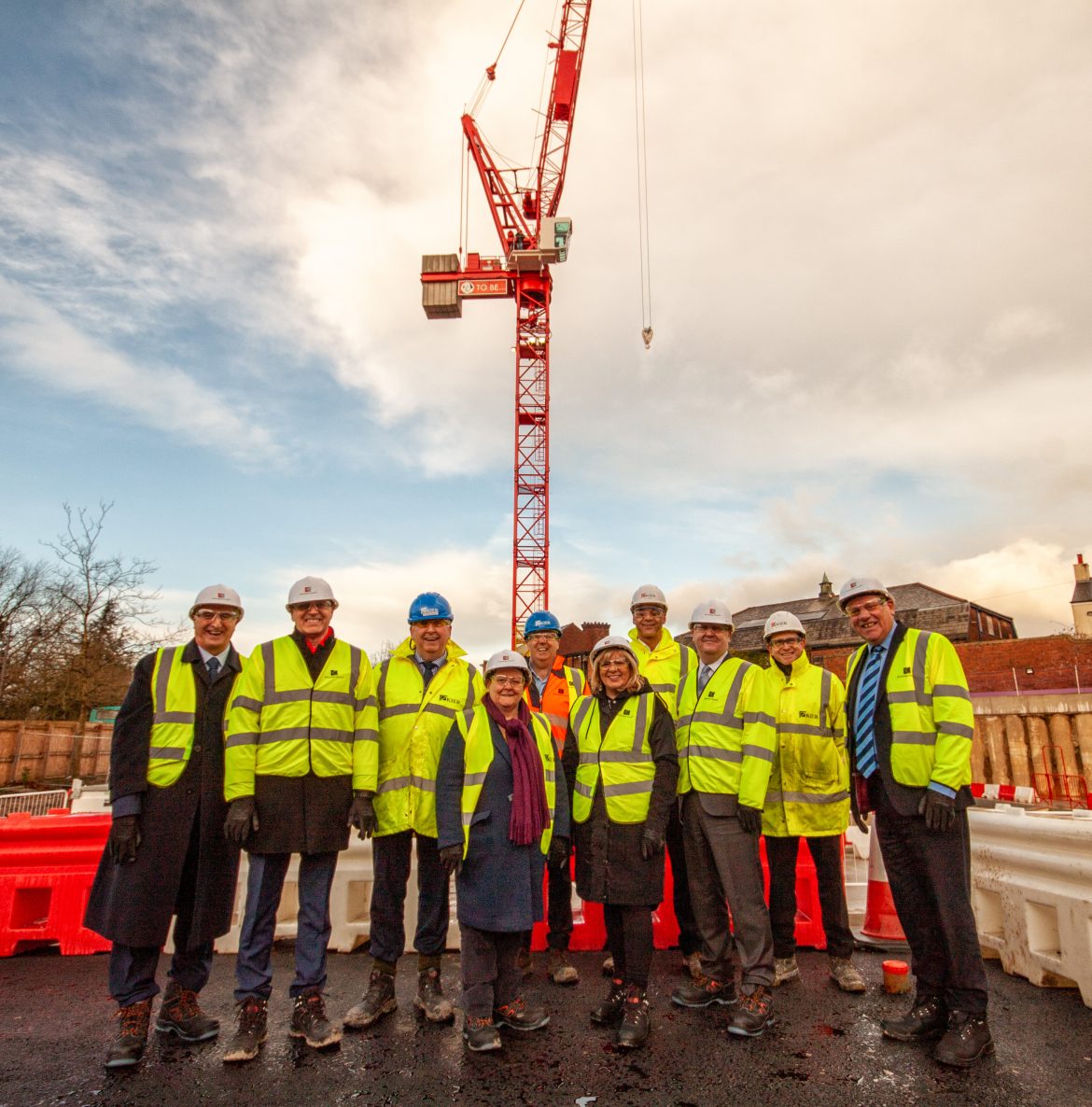 There is a new addition to the Prescot skyline as a huge 190ft high crane has been installed on the site of the Shakespeare North Playhouse.

The crane is integral to the construction of this landmark development which will create a unique visitor attraction and theatre in the heart of Prescot town centre. 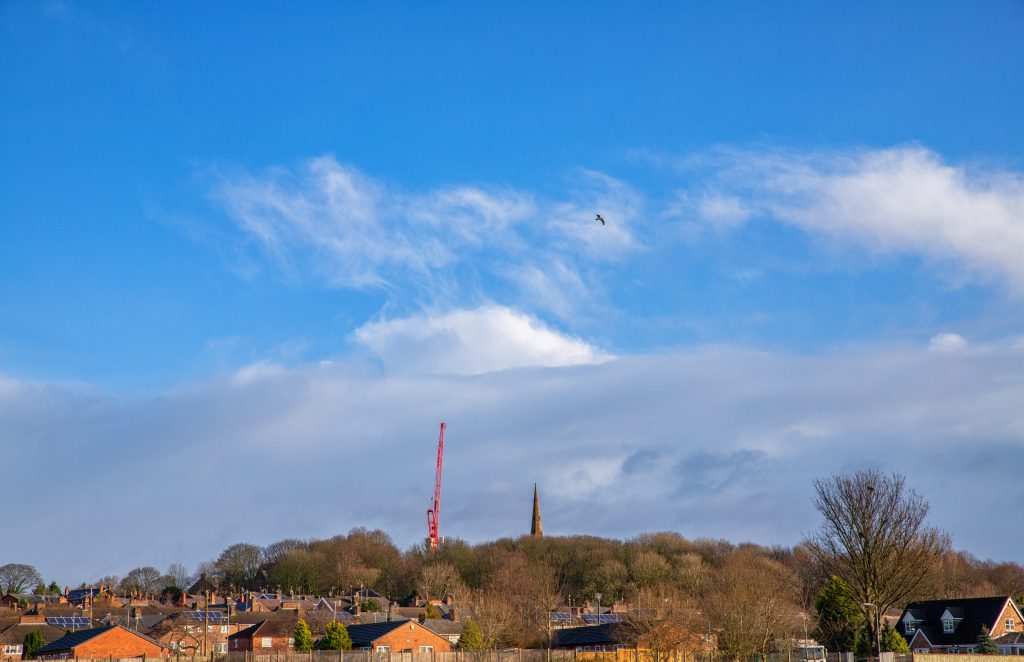 When complete, the Playhouse, modelled on the cockpit-in-court design of the 17th century, will complete a ‘Shakespearean Triangle’ – London, Stratford-Upon-Avon and Prescot. It will also provide cradle to grave learning opportunities, an outdoor performance garden, ‘black box’ studio, an exhibition centre and visitor attraction.

On site for 65 weeks, the crane will be doing some heavy lifting, including the main steel roof trusses for the building, each weighing close to 10 tons.

“It’s amazing to see the crane on site. It’s a really visible and significant sign that the Shakespeare North Playhouse is happening. Kier Construction are on site and we will now see this magnificent building coming out of the ground. It’s a really exciting time for everyone involved because now we are starting to see this once in a lifetime opportunity coming to life.”

The Shakespeare North Playhouse celebrates the history and heritage of Prescot and the area’s links to Shakespeare. Alongside high profile Shakespearean drama, the Playhouse will host a variety of comedy, music and theatre performances. 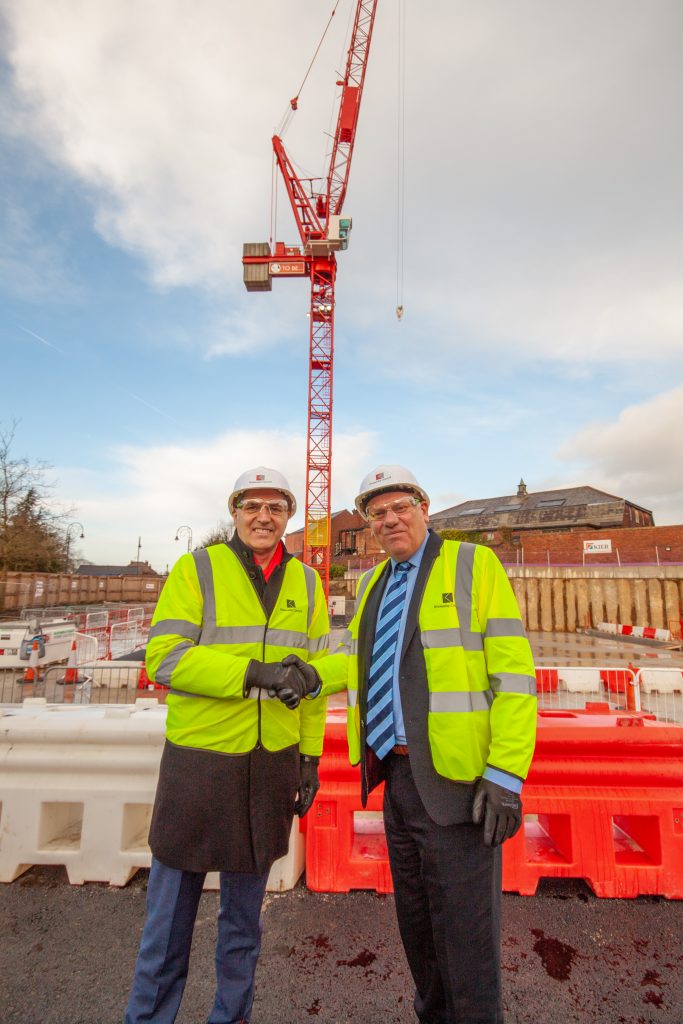 “The Liverpool City Region is the country’s culture capital and we’re investing in projects like Shakespeare North to make sure we stay the best. The new playhouse will offer so many opportunities to the area – new jobs, more visitors and a fantastic resource for local schools. I can’t wait until it opens so it’s fantastic to see the crane on site as construction really steps up!”

The Playhouse has attracted support from some well-known names from the world of theatre and the arts, including Sir Ken Dodd, who will have a performance garden created in his memory and acclaimed actress and Dame Judi Dench. 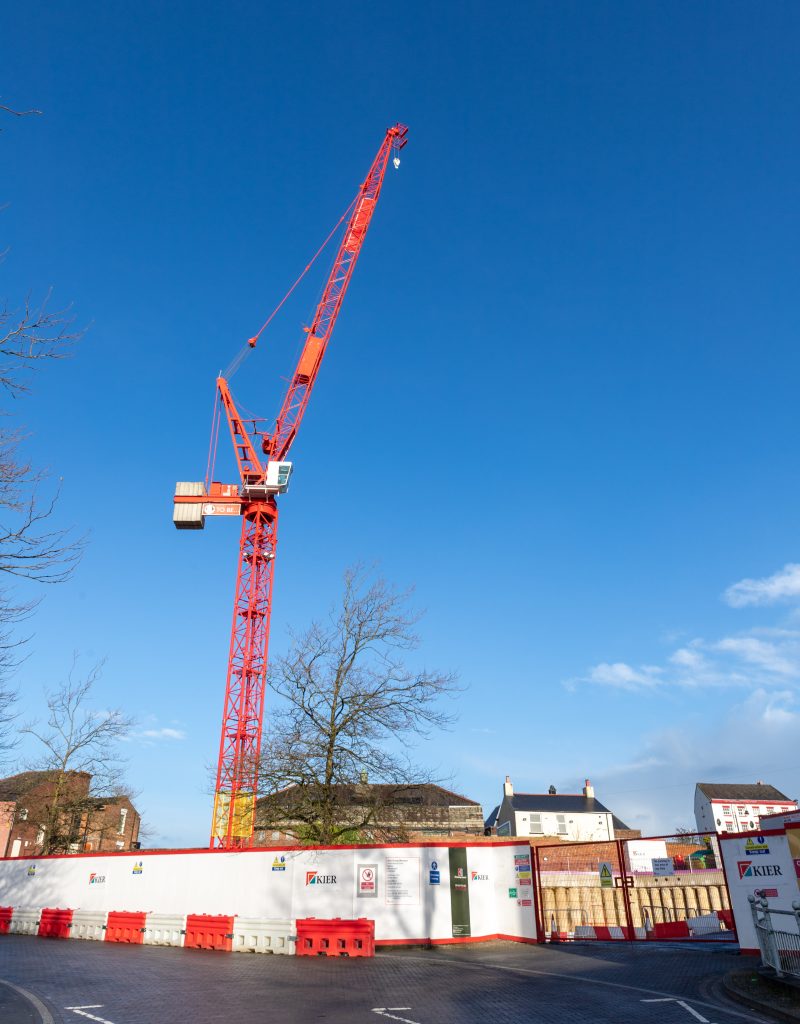 Latest exhibition at Kirkby Gallery – From Kirkby with Love