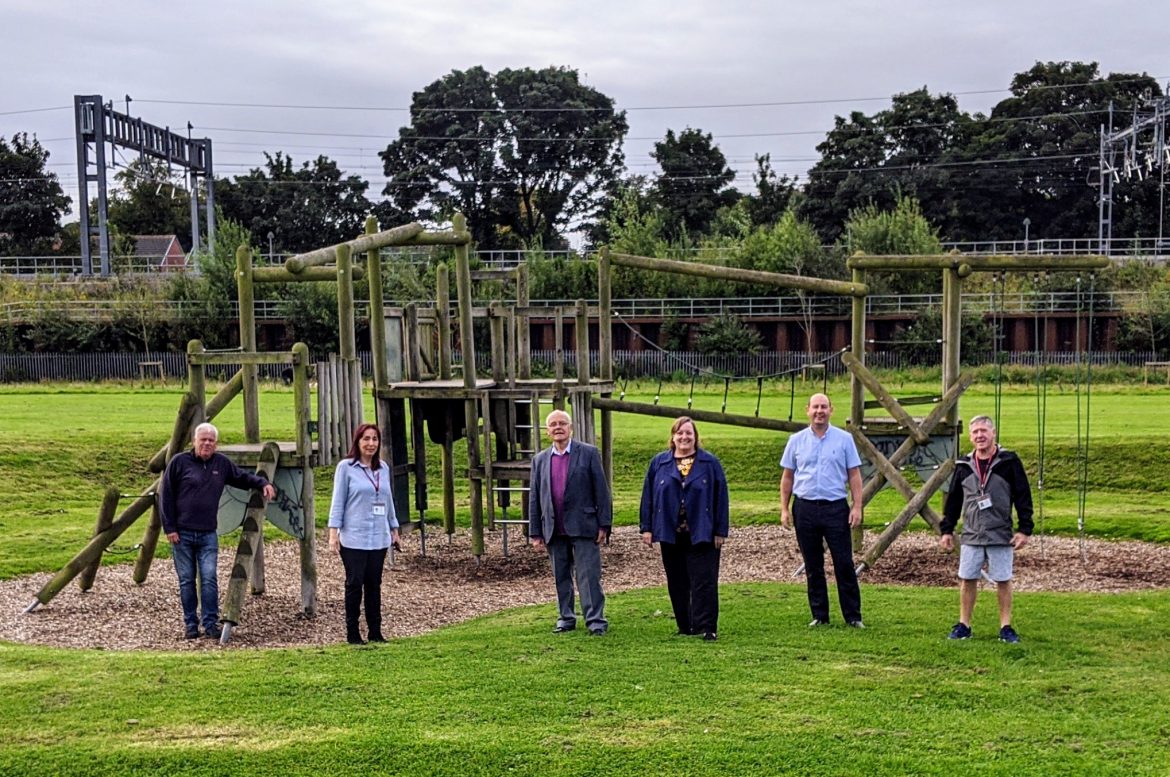 Completion of improvements at Roby Fields

The completion of improvements at a Huyton playing field have been welcomed by the local community.

Local councillors and residents gathered at Roby Fields to mark the completion of improvement works which have included the creation of a wetland area and wildflower meadow.

As well as establishing new wildlife habitats, the improvements have been designed to create an attractive space for residents to spend time. New signage renaming the site Roby Fields will be installed later in the year.

The work has been funded by a £20,000 grant secured from Viridor Credits, Landfill Communities Fund.

It is hoped the increased popularity of the venue will lead to the creation of a ‘friends’ group to support ongoing improvements and activities at Roby Fields.

Knowsley Council Leader Cllr Graham Morgan said: “Roby and Swanside councillors have worked hard to successfully bid for external funding to enhance this valued green space which is an environmental jewel in our community. We are committed to enhancing Roby Fields so that our young people can play, exercise and spend family time together in what will be a rich and diverse natural habitat.”