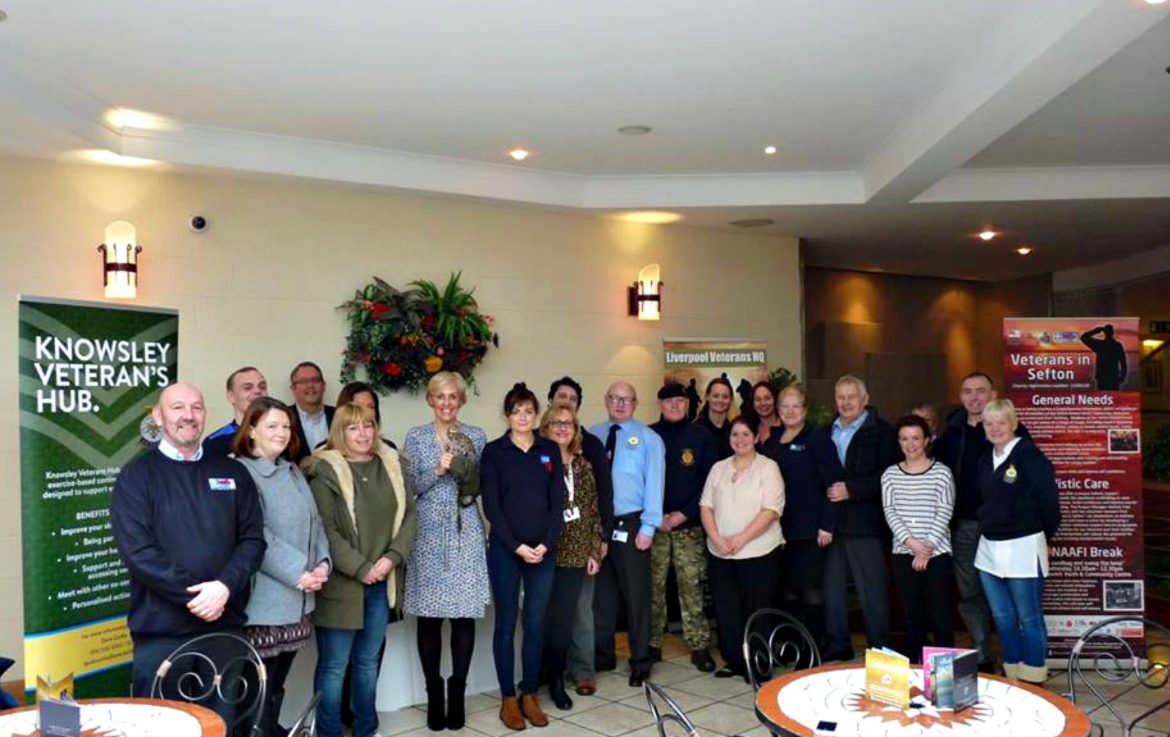 Suites Hotel & Spa in Knowsley recently hosted a coffee morning for the partners of local army veterans to make them more aware of the wide-range of support that is available to them.

The coffee morning, developed with Mayor Roly Sutton of the 156 Regiment RLC, brought women from various areas together to connect and share their experiences with each other. It was the first of its kind for the hotel and spa, and proved to be a great success.

The event was part of the Armed Forces Covenant which is the nation’s promise that people who are currently serving in the armed forces, or have done, are treated fairly. This promise also includes the families of those who serve or have served in the armed forces. The government works with partners who have signed the covenant to support the armed forces community.

The event involved recording for Hidden Wounds which is a feature film that captures the reality of army life. The film is currently in development with Foot in Door Films, a community interest company that provides jobs in film production for ex-military service men and women.

Hack Back CIC, a social enterprise company that helps people to improve their mental health and wellbeing, was just one of the companies in attendance. Director and psychologist Anita Morris was there with Murray and Mango the owls to discuss the benefits of psychological therapies with interacting with Birds of Prey.

Sales and Marketing Director of Suites Hotel & Spa, Lyndsay Stanistreet Tyer, said: “Having helped to fund Hack Back CIC over the past year, it’s an initiative that is very close to our hearts. With that in mind, it’s fantastic to see the various support networks join forces to offer such a unique and effective approach when it comes to working with veterans and their families throughout difficult times.”

Knowsley Veteran’s Hub, Liverpool Veterans HQ, Veterans in Sefton, Everton in the Community and The Forces Employment Charity (RFEA) were also at the coffee morning to show their support.

Lyndsay also said: “While the support for soldiers and veterans is widespread, it’s not just those who served in the armed forces that are affected during the aftermath, which is why this support group goes above and beyond to supply advice and guidance to their most dearest.”

Suites Hotel & Spa has a longstanding commitment with the Armed Forces Covenant and is looking forward to being involved in similar events in the future.

Do you need help looking for work?