Most recent
Coronavirus: What you need to know
Tips to help you and your family through...
Arts, culture and creativity websites to visit now
Home Community Coffee and cakes raise cash for cancer charity

Customers young and old enjoyed the delicious treats as they browsed the books and other services available at their local library.

The events at our local libraries were one of many coffee mornings taking place across the borough – all hoping to help out this worthy cause.

Were you at one of the library coffee mornings? Scroll through our gallery of images above and see if you can spot yourself.

Whilst the final donations are still being counted, Huyton Library have raised at least £233, boosted by kind donations of  lovely knitted and crochet items from their Knit and Natter group which are also being sold in aid of Macmillan Cancer Support. Many of the cakes were also baked by the group – thanks especially go to the two Barbaras – and all the guests were entertained with some lovely piano playing from James throughout.

At Halewood Library more than £120 has been raised with money still coming in, and at Stockbridge Village library staff and customers were joined by representatives from Stockbridge Village Primary’s School Council, who helped raise more than £217. Thanks go to the pupils and to Lynn Saunders, Pat Greggor and Erica Jones who all baked for the cause, as did several parents and customers.

Schools get baking for Macmillan

Meanwhile, many of Knowsley’s schools also rolled up their sleeves and baked some fantastic treats for coffee mornings of their own.

Many took to Twitter to share photographs of some incredible spreads and to thank parents and pupils for taking part.

Here are just some of those posts – as you’ll see a lot of fun was had in the process: 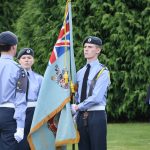 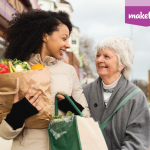 Make sure you Make Time!