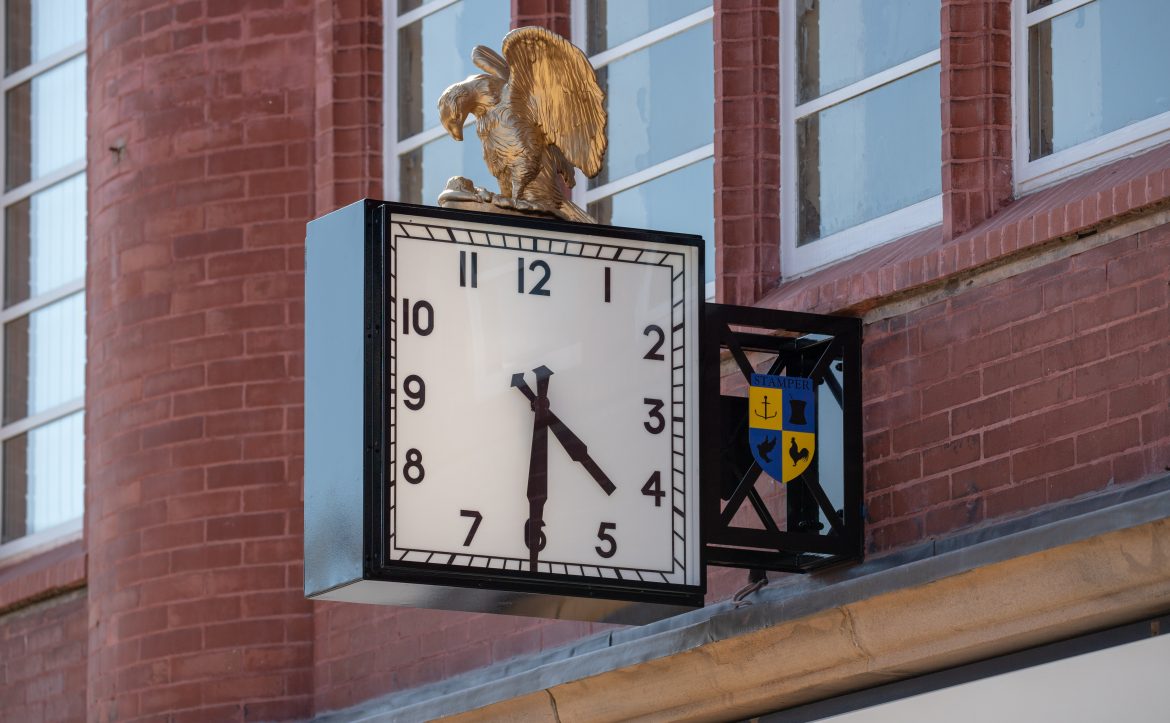 As part of the restoration work in Prescot town centre, a new clock has been installed which incorporates four clues about the town’s history.

The clock itself is a faithful replica of a clock that was once in exactly the same location since the 1930s, but was removed several decades ago.  A distinctive gold Eagle and Child, a symbol that appears in the coat of arms of Lord Derby of Knowsley Hall, sits over the 1930s-style clock.

Prescot is well-known for its history of making timepieces and the clock is a reference to this important local industry.  The fourth and final clue is on the small crest on bracket supporting the clock – this a reference to the Stamper Brothers who own and restored the building in 2018.

Commissioned as part of the Prescot Townscape Heritage Initiative, the reinstatement of the clock is the finishing touch to the restoration work carried out on numbers 37-39 Eccleston Street.

From the 1930s until at least the 1960s the original clock was above the Manweb electricity shop, as seen in the photo below.  No one knows for sure exactly what sculptural detail was on top of the original clock, so the locally important Eagle and Child was chosen as the clock’s crowning feature and as a nod to Prescot’s long association with Lord Derby and Knowsley Hall.  As well as being on the family’s coat of arms, the main entrance and gateway used by visitors to Knowsley Hall are both crowned by Eagle and Child motifs. 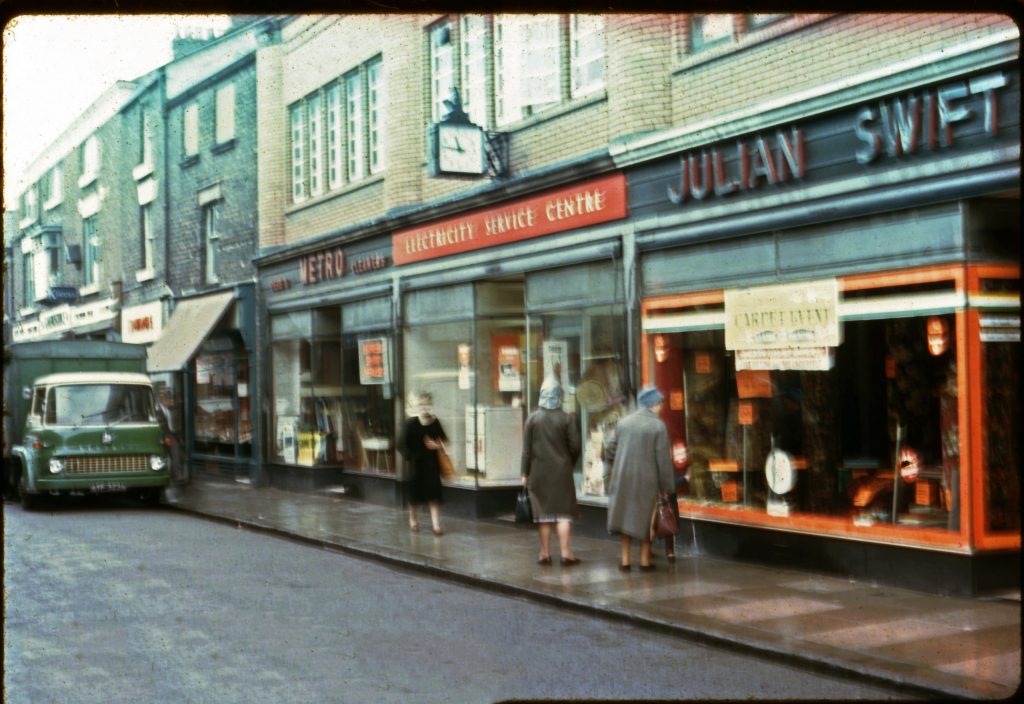 The new bespoke clock was recently manufactured and installed by specialist clock makers Smith of Derby. It was designed to be art-deco in style, similar to the original timepiece and in keeping with the building’s 1930s architecture.

“The new clock is a wonderful feature and really finishes off the amazing restoration work of the buildings. It’s a really distinctive attribute for the town centre with a special link to the town’s history.”

Technical Sales Engineer at Smith of Derby, James Armishaw, who led the project, was delighted with the outcome:

“This was a fantastic opportunity to restore public time within the local area. The clocks art-deco style lends back to the original design with the adorning eagle offering a bespoke finish”. 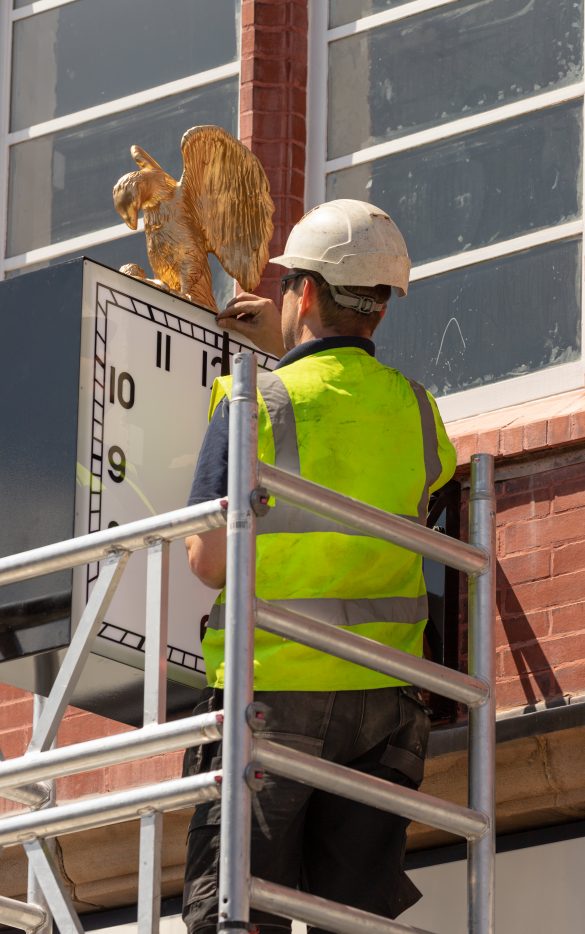 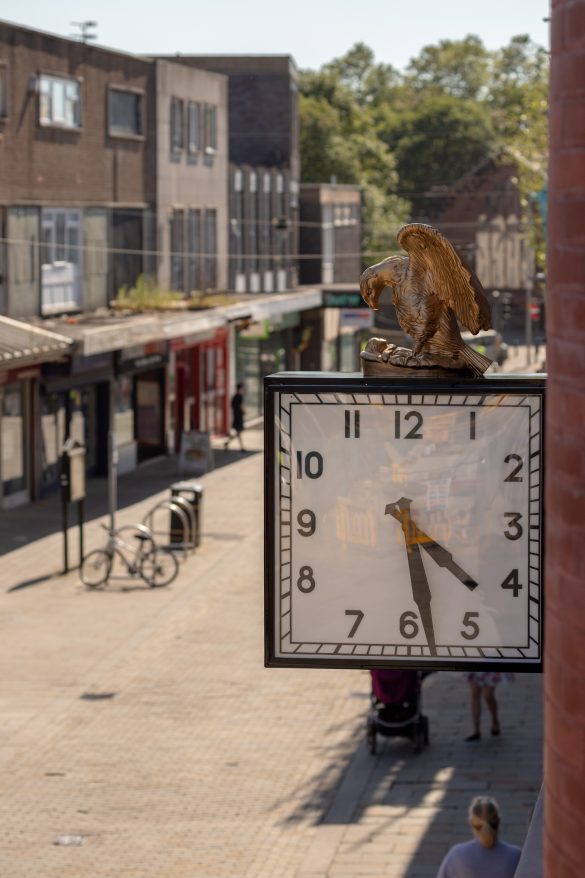 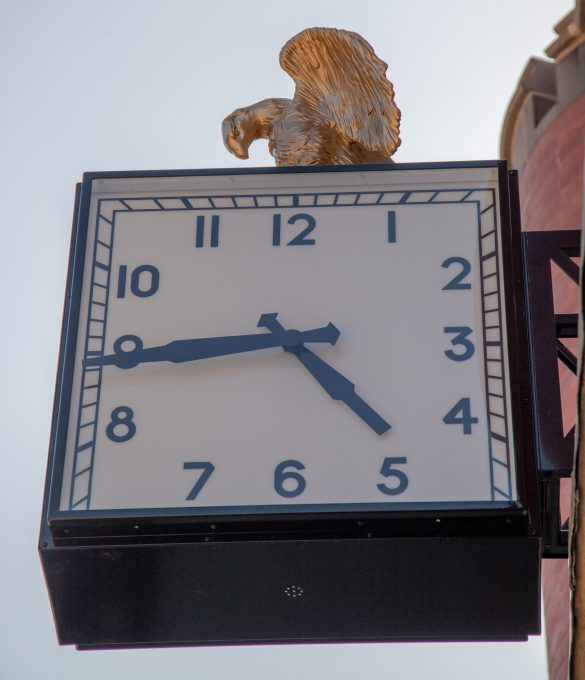 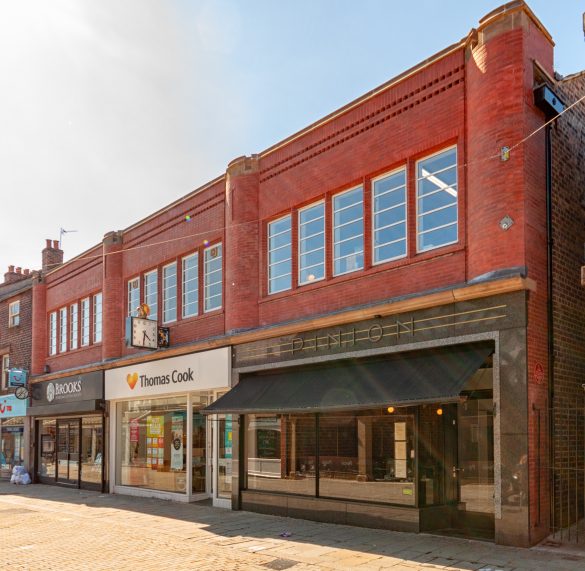 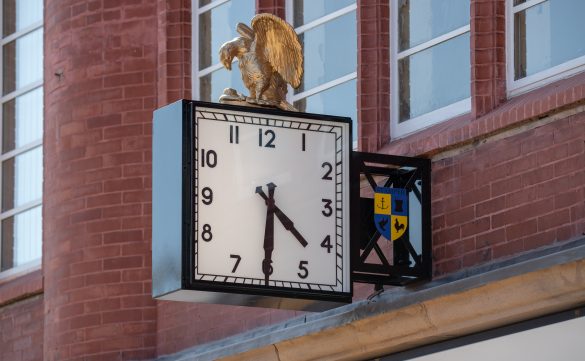