Most recent
What’s on the agenda at Cabinet on 22...
Knowsley road closures you need to know about
Make your local pharmacy your first stop for...
Home Latest Cinema development for Kirkby

St Modwen has this week agreed a deal with Reel Cinemas to operate a new six-screen cinema proposed as part of the redevelopment of Kirkby Town Centre.

Operating 15 units nationally Reel Cinemas is one of the largest independent cinema operators across the UK.

Paul Batho, Projects Director at St. Modwen, said: “Securing Reel Cinemas is positive news for the future of Kirkby Town Centre. Recent feedback from local people tells us that the current leisure offer is seriously lacking across the Town. There is a huge opportunity to develop this in line with responses received and we are confident our proposed plans will make a significant difference in transforming the town.

“We’re currently in talks with several national operators regarding the restaurant units and hope to make further announcements soon.”

Chris Morgan Giles, Property Director of Reel Cinemas said: “We’re delighted to be working with St. Modwen and are excited about the plans for Kirkby Town Centre. Proposals have been well received and will undoubtedly help increase the leisure offer in Kirkby.

“We’re continuing to expand our operations with plans to grow the brand significantly over the next five years. This is a great scheme to be involved with and we’re looking forward to moving forward with the cinema.”

St. Modwen received resounding support from the residents of Kirkby as the regeneration specialists consulted on plans for the redevelopment of the Town Centre.

More than 500 people attended a two-day consultation event last month held at St Chad’s Parade and 196 comments of support were received from residents.

Since purchasing the Town Centre last year, St. Modwen has carried out some significant work. These improvements have been well received  and has given confidence in the delivery of the proposed scheme, should consent be granted.

A resident of Lydbury Crescent said: “I’m looking forward to the continued investment in the Town Centre.”

Another resident from Kirkby Road in Westvale said: ‘leisure and nightlife facilities will boost the economy and are exactly what Kirkby needs.’

Will Martin, Planning Manager for St. Modwen, said: “We would like to thank all those who attended the consultation event. We’re really pleased with the positive feedback received. Our next steps are to assess the feedback and continue to work on elements of the design for the north of the town so we are ready to submit a detailed planning application later this year with the leisure scheme to follow in the New Year.”

St. Modwen acquired Kirkby Town Centre in November 2015 and the team has been working closely with Knowsley Metropolitan Borough Council to develop plans for the Town Centre since then.

A scheme has been designed which will comprise of a supermarket, and in the region of 100,000 sq ft of new retail floorspace. The proposed plan has already seen significant interest from a number of national retailers and St. Modwen is in advanced talks with major food retailers to anchor the new scheme. 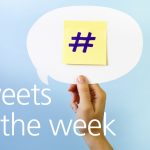 Tweets of the Week, November 25 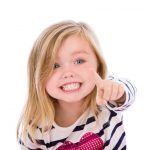 Will you benefit from an increase in free childcare?