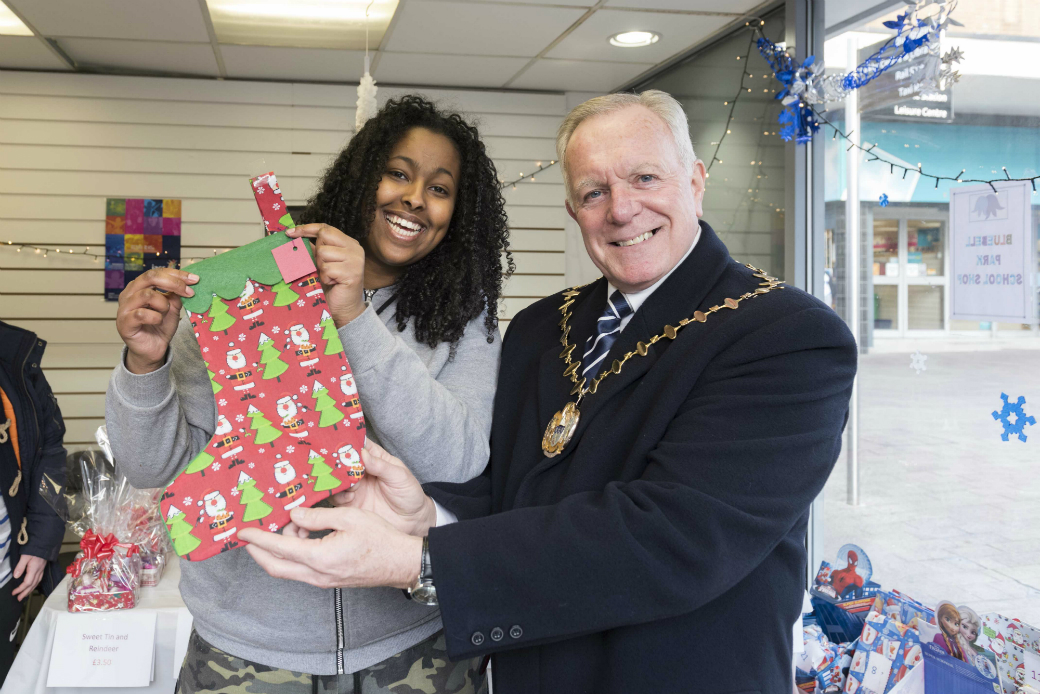 Enterprising students from Bluebell Park School demonstrated their creativity when they spent a week running a Christmas ‘pop-up’ shop in Kirkby Town Centre.

The students, from the school’s post-16 and Key Stage 4 departments, spent many hours creating a range of beautiful handcrafted items including Christmas decorations, gifts and jewellery.

The shop was officially opened by the Mayor of Knowsley, Cllr Frank Walsh and was a chance for local people to buy homemade gifts and treats for Christmas. Hard work has paid off

“Since the start of the new school year the students have worked really hard making all the wonderful decorations and gifts to sell.”

The students were involved at every stage, from deciding which goods to make and sell, to cleaning the unit and setting out the goods ready for the week of trading. “As well as showcasing some of their fantastic work the shop gave the students an opportunity to engage and interact with the wider community in Kirkby in a way which wouldn’t ordinarily happen on a visit to the town centre, helping to develop both their social skills and their confidence”, said Colin.

Ekran Abdi, 17, who made the Christmas stockings on sale, said:

“It’s good selling stuff to people because we’re experiencing what life is like outside of school.” Thanks to St Modwen

The pop-up shop supports the school’s post-16 curriculum and the students work towards the Duke of Edinburgh and the Junior Award Scheme for Schools (JASS) Jass awards. Bluebell Park provides Early Years, primary, secondary and post 16 provision for students with severe and complex learning needs. All students have an EHCP or Statement of Special Educational Needs.

Remondis offer support to those affected by Prescot fire