Following the publication of two recent Ofsted reports, Knowsley Council has confirmed that positive changes have already been made to tackle issues identified at two of the council’s children’s homes.

The inspections of these two settings downgraded both facilities from their previous Outstanding and Good ratings. Central to the findings was the issue of management and leadership in the homes. The council has moved to reassure parents that Inspectors were satisfied at the time of the inspection that actions were already being taken to address the issues and that it is now monitoring the progress of improvements.

Whilst there were areas for improvement identified, the inspectors also highlighted some good practice at the homes, which was helping to improve outcomes and benefit the young people using the services.

A spokesperson for Knowsley Council said: “Prior to the inspections taking place earlier this year we became aware of some concerns, particularly around resourcing and the effectiveness of leadership within the settings. We took immediate action to address the issues we were aware of – which were subsequently picked up within the Inspection findings.

“I am pleased to say that we have swiftly tackled the issues at hand and will be working closely with the teams to monitor progress and support the long term improvements being made.”

Whilst highlighting some concerns, both inspections also noted the “diligent support” provided by staff and recognised team members’ skills at nurturing positive relationships with the young people. This work was itself praised for equipping children with new skills, increasing confidence and boosting self-esteem, which in turn improves outcomes and experiences for the young people benefitting from short breaks care.

These two facilities are small and specialist – they only care for a small number of children at any one time (no more than four at one facility and two at the other.) 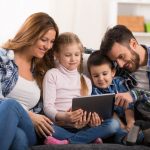 Discover how Knowsley’s Family Information Service can help you

What’s on the agenda at Council on 4 March