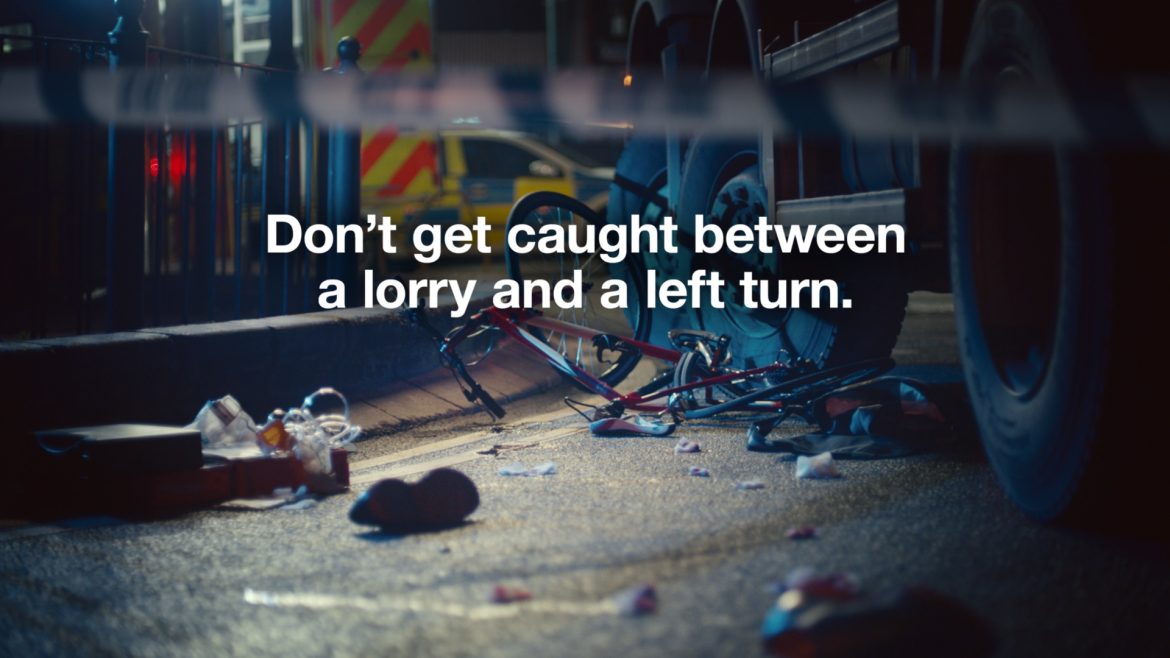 Concerning figures show that in recent years in Merseyside, the number of accidents in which cyclists are injured as a result of road traffic collisions, has been on the rise.

Heavy Goods Vehicles can be particularly dangerous for cyclists due to the often limited vision that the drivers have. Cyclists being aware of the dangers of being on the inside of a HGV when it is turning left is particularly important as this is the reason for one third of collisions between cyclists and HGVs. Statistics about cyclist deaths show how often HGVs are part of the cause – in nearly 20% of cyclist deaths, HGVs are involved despite the fact they make up just 5% of traffic in Great Britain.

What can be done to make the roads safer for cyclists?

THINK! has now launched a campaign that warns cyclists about the dangers of lorries turning left  and their message to cyclists is to simply ‘hang back’. The Merseyside Road Safety Partnership is also setting out to highlight this issue and increase awareness of the importance of cyclists being careful around HGVs. Ultimately, the aim is to reduce the number of cyclist casualties.

In an effort to improve safety for cyclists, free stickers warning cyclists against passing large vehicles on the nearside are now being distributed to anyone in Merseyside who would like them.

The stickers come in two sizes – 120mm x 150mm for small vans and minibuses, and 160mm x 200mm for larger vehicles such as trucks, buses and HGVs.

The most appropriate place for the sticker is on the rear of your vehicle.

How can I get a sticker for my vehicle?

To receive a supply of these stickers, you can send an email to roadsafety@knowsley.gov.uk with:

The number of small and large stickers you require.