Knowsley Council’s Cabinet has put forward a series of recommendations for new investment in key local services and agreed a higher Living Wage for its lowest paid staff.

The Cabinet proposals for the 2018/19 budget will now be considered at a full meeting of the Council on Wednesday 7 March 2018.

Councillors will consider the following investments proposed by Cabinet:

In order to protect key services, fund investments and achieve a balanced budget, the Council will raise Council Tax by 2.99%, in addition to the Adult Social Care precept of 3%.

The Council agreed a three-year budget in March 2017, which set out £3m of savings to be implemented during 2018/19. The previously-agreed savings include a reduction in senior manager posts, a redesign of services and a reduction in One Stop Shop opening times.

Meanwhile, the Cabinet has agreed that, from 1 April 2018, the Council will apply an increase in the Living Wage paid to its lowest paid staff to £8.75 per hour, as recommended by the Living Wage Foundation.

Members of the Cabinet also approved a £10.8m scheme to improve school playing fields across the borough. The programme will bring significant improvements to school sports pitches and other surfaces and will be funded from the sale of former school sites.

Knowsley Council’s Cabinet Member for Resources, Cllr Gary See, said: “Members of the Cabinet have proposed a package of measures which would protect essential services and invest in key priorities for the benefit of Knowsley residents and businesses.

“This is increasingly difficult to achieve in the face of ongoing drastic Government funding cuts, but our long-term planning, sound financial management and economic growth strategies are helping us to deal with the impact of those Government cuts on our communities.

”I’m delighted that Cabinet have agreed to invest an additional £770,000 per year into our services to vulnerable children and young adults and to apply an increased Living Wage to our lowest paid staff. At the same time the proposals put further investment directly into our communities with over £10m invested in school playing fields and £1.75m to kick off the regeneration of Huyton Village Centre.  This clearly reflects this Council’s commitment to supporting our communities and investing in the future of Knowsley.”

“I look forward to presenting these proposals to the full meeting of the Council next month.” 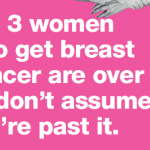 Women urged to become breast aware – it could save your life 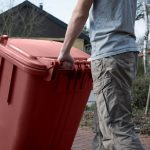 Help to combat arson in Knowsley