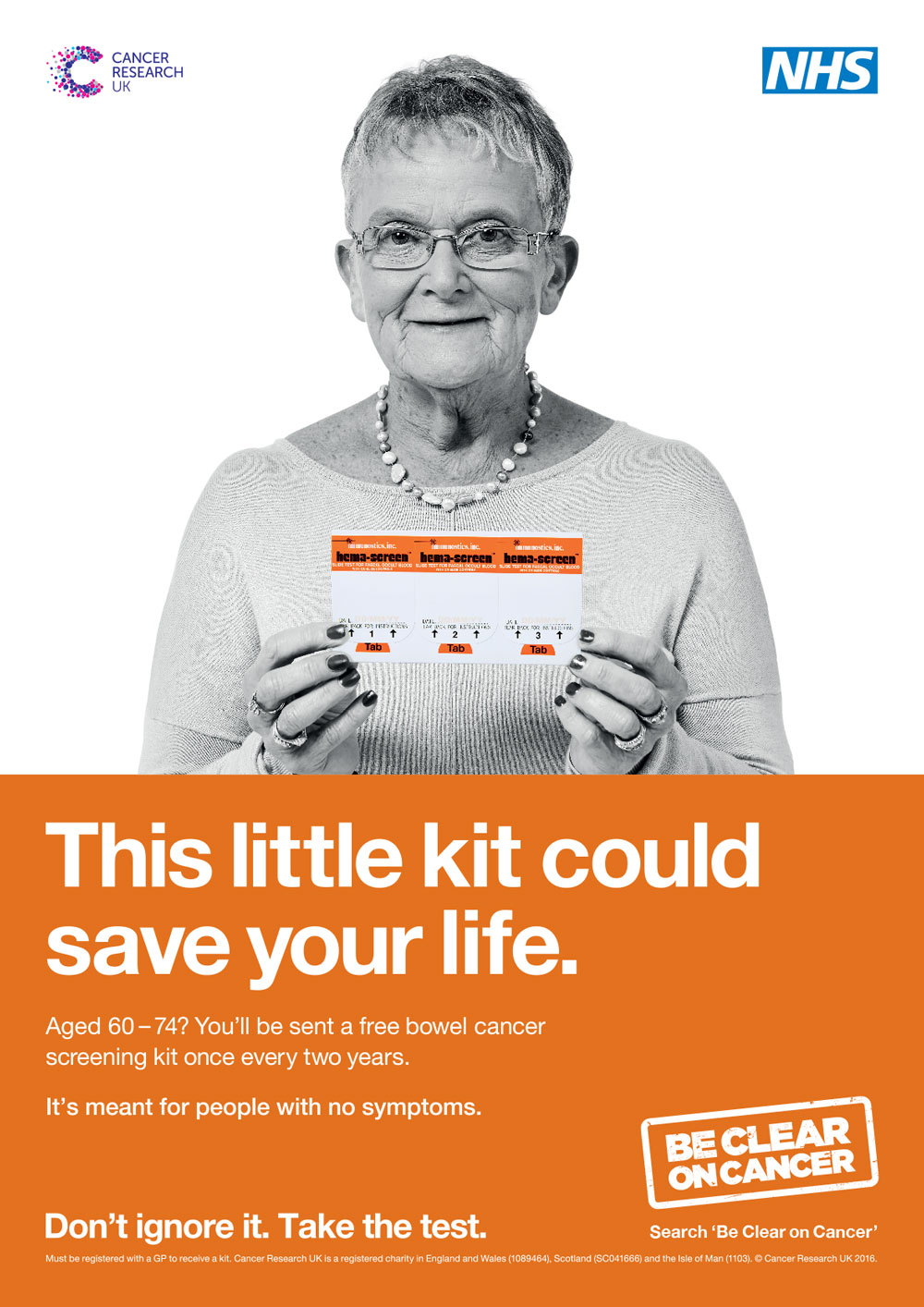 Returning your bowel cancer screening kit could save your life

People aged 60 to 74 are being targeted by a new bowel cancer screening awareness campaign to encourage them to return their completed kit.

The bowel cancer screening kit is a simple and private test that can be done at home and is one of the best ways to find bowel cancer early, when it’s easier to treat successfully.

Men and women aged 60 to 74 receive a free NHS bowel cancer screening kit routinely in the post, every two years.

The Be Clear on Cancer campaign’s main message ‘this little kit could save your life’ will appear on TV and press adverts.

“We know that regular bowel cancer screening saves lives. The kit that comes through the post is meant for people who don’t have any symptoms, so it really is important to take the test, please don’t ignore it.

“The earlier bowel cancer is found the higher the chances of successful treatment. We hope that the TV and press ads will persuade more people to respond when they receive their free kit in the post.”

When bowel cancer is diagnosed at the earliest stage, more than 9 in 10 people will survive the disease for more than 5 years.

Find out more about the campaign

The campaign will feature adverts on TV as well as bus stops, newspapers and social media.

A direct mailing which endorses the Bowel Cancer Screening Programme will also be sent to some of the people who are eligible to receive a bowel cancer screening kit during the campaign, which runs until the end of March.

To find out more about the campaign and bowel cancer screening visit the campaign’s website: www.cruk.org.uk/beclearoncancer

Tweets of the Week, January 6