Most recent
Coronavirus: What you need to know
Knowsley road closures you need to know about
For the Record: Aston Healthcare close surgeries
Home Health April is Bowel Cancer Awareness Month

Bowel cancer is the third biggest cancer killer in Knowsley but it shouldn’t be because bowel cancer is treatable and curable especially if diagnosed early.

So are you aware of the possible symptoms to look out for? And have you returned your bowel cancer screening kit if you have been sent one?

People whose cancer is diagnosed at an early stage have a much higher chance of successful treatment than those whose cancer has become more widespread.

The symptoms of bowel cancer can include:

If you have any symptoms, don’t be embarrassed and don’t ignore them. Doctors are used to seeing lots of people with bowel problems. The chances are you don’t have bowel cancer as other health problems can cause similar symptoms, but if you do have any of these symptom you should get them checked out.

“April is Bowl Cancer Awareness Month, a time to remind everyone that early diagnosis really does save lives. I’d urge anyone over 60 to complete the bowel cancer test when it comes through the post. It is meant for people who don’t have any symptoms, so it really is important to take the test, please don’t ignore it.”

Men and women aged 60 to 74 receive a free NHS bowel cancer screening kit routinely in the post, every two years.

The bowel cancer screening kit is a simple and private test which you do yourself at home. It comes with clear step by step instructions, and is one of the best ways to find bowel cancer early, when it’s easier to treat successfully. 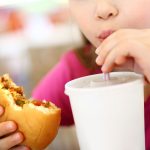 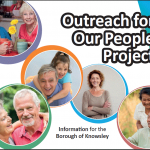