Most recent
Domestic Abuse case studies: Patrick’s story
Help us shape the future of community pharmacies...
Why you shouldn’t buy an e-scooter this Christmas
Home Editor's pick What do a massive owl, Steven Gerrard and Shakespeare all have in common? The answer is Knowsley! 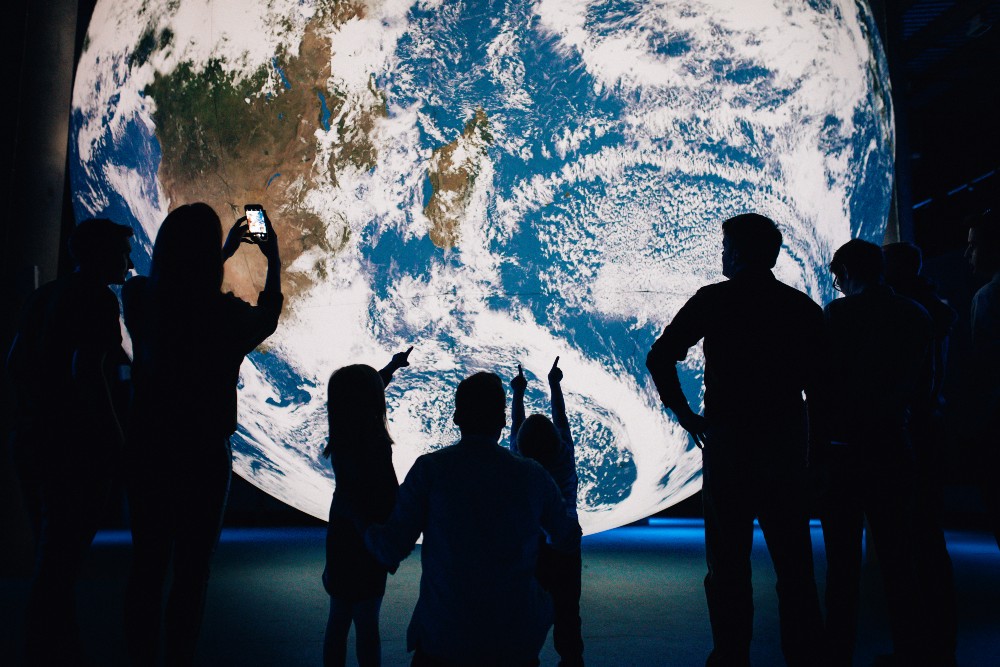 What do a massive owl, Steven Gerrard and Shakespeare all have in common? The answer is Knowsley!

All are connected to the place in one way or another and it is these cultural connections – among thousands more – that will be celebrated in 2022 as part of a year-long programme of events and activities to mark Knowsley’s year as the Liverpool City Region Borough of Culture.

Recently, Knowsley announced it will host a huge Owl & the Pussy-Cat sculpture trail next summer and now it has confirmed that Luke Jerram’s ‘Gaia’ will come to Kirkby as part of a dramatic and powerful start to Knowsley’s year.

Gaia is a 6-metre-wide replica of the earth based on imagery and data from NASA. Suspended in the air and slowly revolving, the artwork – which will be housed in St. Chad’s Church in Kirkby – gives people a chance to see the planet, floating in three dimensions. A specially made surround sound composition by BAFTA and Ivor Novello award winning composer Dan Jones is played alongside the sculpture.

As a touring artwork, Gaia is famous across the globe and Knowsley is delighted to have secured this installation as a dramatic opener to its year as the Liverpool City Region Borough of Culture.

“Next year, we will be celebrating everything about culture here in Knowsley.  It’s not just about art or theatre – its sport, comedy, food, and much more. All the things we love and that make our place and our lives so special.

“There will be some really exciting things to look forward to, with large-scale events and special moments across the whole year. No matter what age you are, where you live or what interests and excites you, there will be things that surprise you, that you’ll want to be part of, and things you will be talking about for many years to come.

“Our year of celebration could not come at a better time with our flagship Shakespearean theatre opening in Prescot and everyone so desperate to socialise and enjoy life again after such an incredibly difficult 18 months.”

Other highlights for its 2022 programme have also been confirmed. This includes:

“The full programme is still being assembled – with dates and attractions being added all the time. Already though, the year is looking so exciting.

“It is quite remarkable to think that Knowsley will host some of these amazing events and moments. We are so familiar with seeing such big events and attractions in Liverpool City Centre but to think we will have so much to see and do here, is just fantastic.

“I can’t quite believe some of the things we have planned and the recent announcement about ‘the earth’ coming to Kirkby is outstanding. How amazing to think our communities will be able to experience something like this.

“2022 was already shaping up as a special year for Knowsley with the opening of The Shakespeare North Playhouse but with additional investment from the Council topping up the contributions already made, 2022 is going to a very special year and one I think we will all remember.”

The Liverpool City Region Borough of Culture was established by Metro Mayor Steve Rotheram in 2018 and rotates annually around the city region’s six local authorities. The award comes with £200,000 of funding to support an events’ programme and is part of the Mayor’s 1% for Culture programme, that earmarks £300,000 per year – 1% of the CA’s core funding – to activities designed to promote culture and creativity.

Steve Rotheram, the Mayor of the Liverpool City Region said:

“Our region is the country’s cultural powerhouse, and the Borough of Culture programme allows us to showcase what makes each area so special.

“I’ve been really excited by the enthusiasm and imagination that Knowsley are showing in their plans for next year. From the opening of The Shakespeare North Playhouse in Prescot, to the series of fantastic exhibitions and performances they have planned, I’ve got no doubt that 2022 will be year to remember for the whole region.”

In addition to the investment from the Liverpool City Region Combined Authority, Knowsley Council have recently pledged a further £500,000 investment on top of its initial commitment of £800,000. This investment to date has made it possible to shape an exciting programme for 2022 with the aim of making the year as successful as possible and ensuring the maximum positive impact can be felt in Knowsley.

“Borough of Culture is more than just a year of events and things to look forward to – although that is really important too right now. We have seen in other places, like Liverpool, the tangible benefits that cultural events can have for the people and businesses, and quite simply we want that for Knowsley and for our communities.

“We want to provide things that our residents can enjoy and learn from, but we also want people to visit, to spend money in our shops, eat out, visit the theatre etc. The potential impact of the year on our economy and communities is phenomenal – that’s why we are putting everything we can behind it, to make 2022 a catalyst for positive change here after COVID 19 and hopefully create a lasting legacy for the borough.”

Find out more about Knowsley’s year as Borough of Culture

Huyton and Stockbridge Village come together to create safer communities