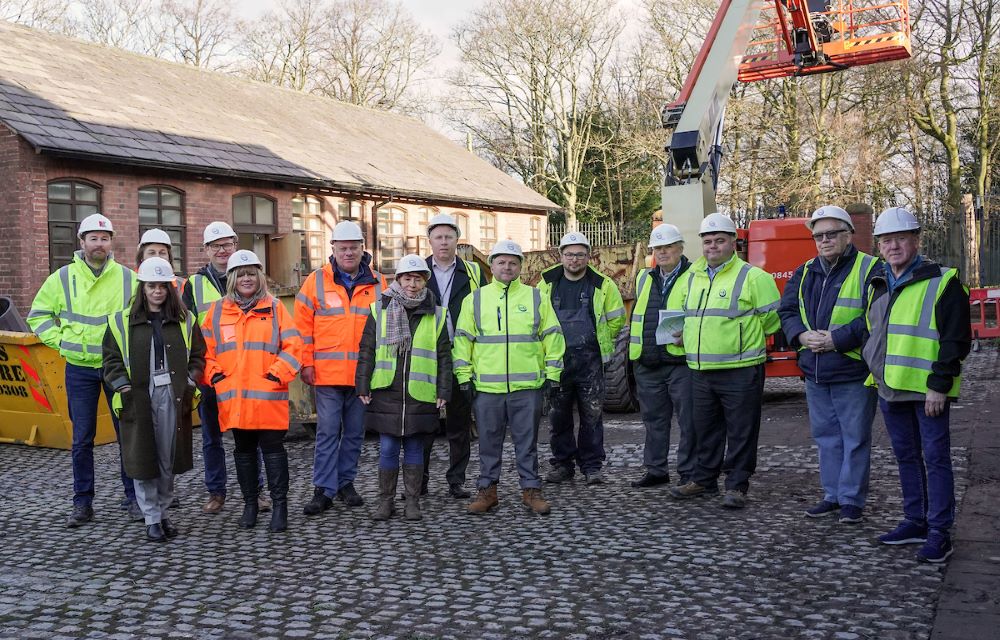 Behind the scenes tour for Court Hey delegation

A delegation from Knowsley Council, One Knowsley and local interest groups were given a behind-the-scenes tour of improvement works underway at Court Hey Park in Huyton.

The group, including Knowsley Council Leader Cllr Graham Morgan, One Knowsley Chief Executive Racheal Jones and members of the Friends of Court Hey Park, were updated on the four-month transformation of the park’s Courtyard area.

Knowsley Council is investing £447,000 into improvement works at the park in readiness for the Courtyard buildings to be transferred to One Knowsley – the borough’s infrastructure organisation for voluntary, community, faith and social enterprises.

The works include improvements to the external condition of the Courtyard building and internal renovations, such as new training and conference spaces, toilets as well as general repairs and re-decoration.

The internal upgrades will also provide space for a café provider to operate from the park once again.

Funding from the Public Sector Decarbonisation Scheme is also being used for low carbon upgrades to the heating, new LED lighting throughout the buildings and solar panels on the roof.

Cllr Morgan commented: “Our investment in the improvements at Court Hey is heralding a new era for the park and it was great to see the transformation of the courtyard area starting to take shape in readiness for the arrival of One Knowsley.”

One Knowsley is the borough’s infrastructure organisation for voluntary, community, faith and social enterprise providing the expertise and support to help the sector to start, grow, build resilience and thrive.  It provides specialist information, advice and guidance enabling opportunities for collaboration and influence.

Its plans for Court Hey Park include the expansion of their advocacy role to promote the work of the sector by providing space to meet, learn and further build capacity.

Racheal Jones, Chief Executive of One Knowsley said: “I’m delighted to see the progress with the works on site and incredibly excited to be moving closer to getting our plans up and running.”

On top of the world