Most recent
Think before you park
Kirkby Gallery needs you!
North West needs to continue to stay at...
Home Children and Young People Become a Success with Knowsley Apprentice

Attila secured an apprenticeship with Glacial Art which led to a permanent job. He then went on to study for a degree and will be graduating in Summer 2016.

This is just one of many success stories for the Knowsley Apprentice programme and it shows what a difference these opportunities can make to someone’s career and life.

The Knowsley Apprentice programme has helped over 900 young people from across Knowsley to secure apprenticeships with companies in Knowsley and across the wider Liverpool City Region.

Many Apprentices have been offered permanent positions at the end of their placements, or it has led to other opportunities.

Cllr Mike Murphy, Knowsley’s Cabinet Member for Regeneration and Economic Development said: “Knowsley Apprentice is a fantastic programme. It has given hundreds of young people the opportunity to work towards qualifications, whilst in a full time job and earning a really good wage. It also opens the door to other opportunities including further education and other career prospects.

I would urge any young person who is thinking about their next step to get in touch and find out more about how Knowsley Apprentice can help them become a success.”

You can view all vacancies and download an application form on the council’s website. All applications must be returned by 5pm on Friday 8 July.

If you’re a business interested in employing an apprentice, you can call the team on 0151 443 2276 or email et@knowsley.gov.uk 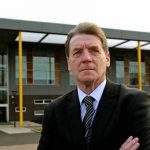 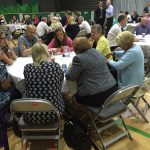