Most recent
Updated Gambling Policy for Knowsley
Elected members approve continuing COVID-19 related absences from...
For the Record: Kirkby Market
Home Latest news Be Like Becky and Spot the Signs of Domestic Abuse 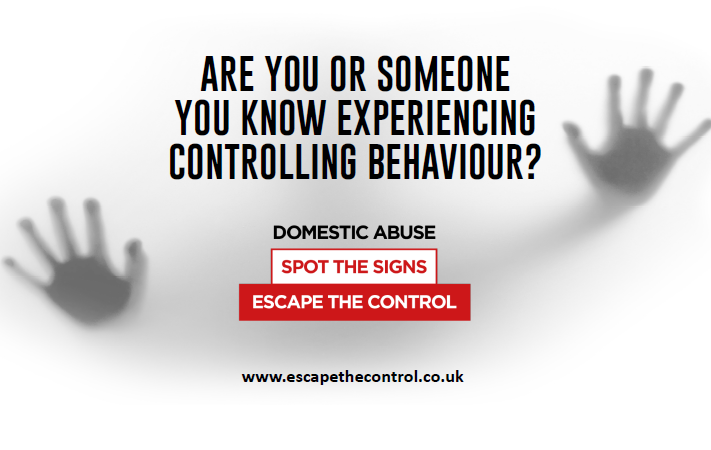 Be Like Becky and Spot the Signs of Domestic Abuse

‘Becky’ (not her real name) is looking forward to a night out with friends this weekend. But she hasn’t always felt that way. There was a time when, if she went out at all, she would be very worried about what she chose to wear and what time she arrived home.

What ‘Becky’ didn’t realise then, was that her ex-partner’s controlling behaviour didn’t show how much he cared about her and it wasn’t just the way he was a bit jealous, she was subject to ‘coercive control’ which is a form of Domestic Abuse.

Coercive control includes behaviour like threats, humiliation and intimidation that is used to punish or frighten the victim. Actions such as controlling money, always criticising and being purposely isolated from friends and family, controlling where the person goes, what they do, or exaggerated expressions of love such as they ‘can’t live without you’.

The behaviour is being highlighted in a new Council led campaign ‘Escape the Control’ launched across Knowsley and Sefton to help people understand how this extreme control is Domestic Abuse and what signs to look out for, if concerned about friends or family.

“He’d tell us we couldn’t touch the food in the fridge, that we weren’t allowed to eat, he’d lock us in the house and go out or he’d unplug the phone. He used to take an element out the central heating, so we’d have no heating. He’d take the modem, so John couldn’t do his homework and I couldn’t do my banking on the computer. So, we were prisoners in a way.”

“The kids couldn’t have any friends round because he’d kick off or something. Kids’ parties were another problem because he’d be accusing me of trying to ‘get off’ with one of the dads, so parties were out the question. We couldn’t do any after school clubs because I had to be back by a certain time. Me and the kids weren’t allowed to go around to see their grandparents.”

In 2015, coercive control became a crime in England and Wales, punishable by up to 5 years in prison and/or a fine.

Dr Emma Katz, Lecturer in Childhood and Youth at Liverpool Hope University, has carried out in-depth research into the impact of coercive control. She said:

“Coercive control is at the core of a lot of cases of domestic abuse. The perpetrator uses coercive and controlling behaviours to gain all the privileges, freedoms, power and rights in the relationship, while leaving the victim with none. They want the victim’s life to become all about pleasing the perpetrator and doing what the perpetrator wants. Due to the fact that perpetrators are extremely clever at excusing, minimising, justifying and denying their behaviour, the partner or family member may have little understanding of domestic abuse and may not realise that they are experiencing it.”

Posters and leaflets explaining the signs to look out for are available in GP and Health Centres, Leisure Centres, Dentists, Hairdressers and many more everyday locations where victims and those worried about others, can access the information without having to go through official channels.

“Insight from Knowsley and Sefton indicates that although anyone can experience domestic abuse irrespective of age, gender, ethnicity or sexual orientation, the majority of cases are amongst women under 35. We need to ensure that people understand that extreme controlling behaviour such as telling what you can and can’t eat, or what you can or can’t wear, is domestic abuse and where they can find more information and support.”

Domestic abuse – including controlling behaviour like this – is a crime.  But it’s effects reach far wider. As a victim or a survivor of domestic abuse, you can experience health issues, and in particular mental health problems, which can last a long time. And if you’re a child, witnessing or experiencing domestic abuse has a major impact on the safety and wellbeing of children and young people.

“Domestic abuse is more than a crime and its impact is far reaching.  It can affect anyone, any age, and has lasting effects on our communities and especially our children and young people.  But the scale and impact of this domestic abuse is still not known – it is a hidden issue and people want it to end.  This kind of campaign works to raise awareness – in particular the little understood issue of coercive control – so that it becomes less acceptable in our communities. Living with domestic abuse and controlling behaviour is not something anyone should have to do, but we know that people can and do escape the control and return to having positive and rewarding lives, where they make their own choices again.

Becky agrees.  She says “I’m away from all that now.  It was hard to break free and it took a while for us to feel secure again, but now I’m not living with that control I can get on with what I want to do, for me and for my kids.  I feel strong again.  I would say to anyone who is in the kind of place I was – recognise the signs – don’t ignore them – and get help.  There are people who can support you to get out, when you want to, when you’re ready. “