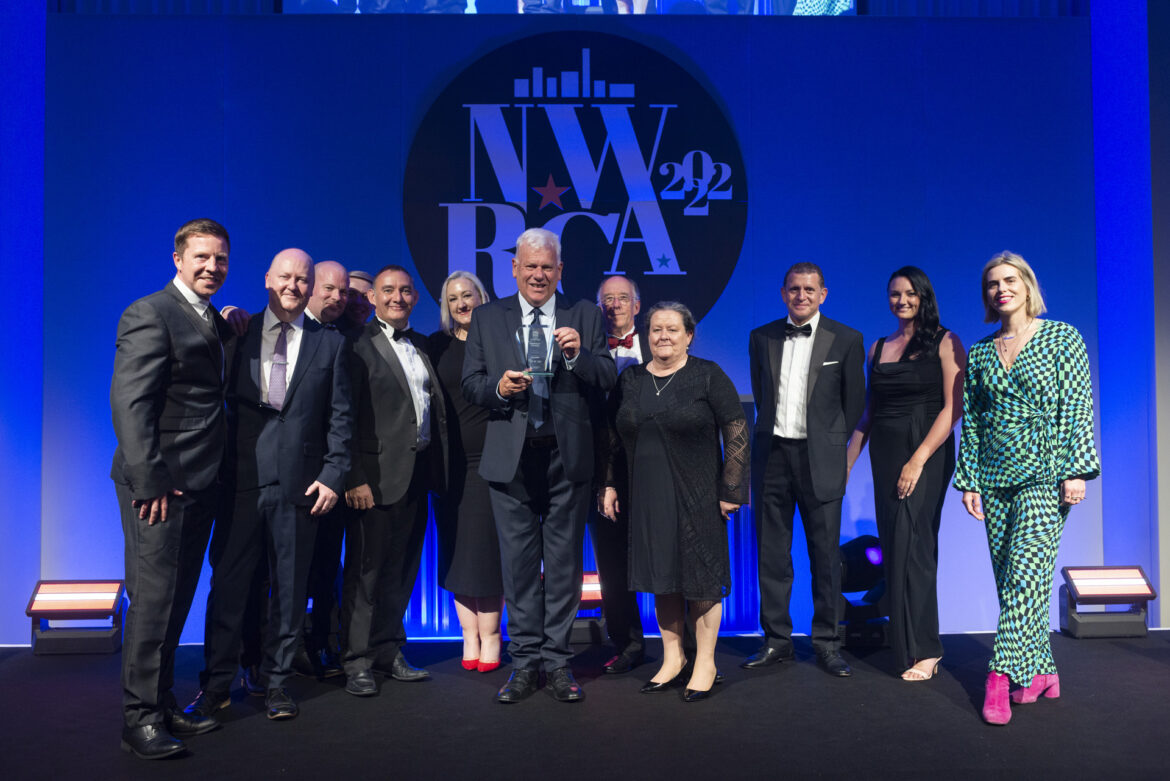 The Shakespeare North Playhouse is already an award winner – within just a week of being open!

The North West Regional Construction Awards ceremony are the most significant celebration of best practice and best value in the North West and the only event of its kind that connects every single discipline of construction working towards a sustainable built environment.

Shakespeare North Playhouse was named ‘Liverpool Sub-Regional Project of the Year’. The Playhouse had been open for less than a week when it received the honour.

Judges recognised the successful collaboration of the many organisations involved in delivering this unique project and the wide range of construction disciplines involved.

For the second award, Knowsley Council, the main driving force behind the Shakespeare North Playhouse project, was named ‘Client of the Year’. Nominated by Kier Construction, Knowsley council was recognised for its leading example of client leadership and behaviour which made the delivery of the project possible.

And main contractor on the project, Kier Construction were also recognised, picking up the People Development Award.

“I am absolutely thrilled that the Shakespeare North Playhouse has received these awards. This project has been more than ten years in the planning followed by two years of construction during a global pandemic! So yes, we’ve had our challenges, but we’ve also had magnificent leadership and expertise from Council Officers and a hugely supportive group of experts who have collaborated with us and worked closely with us to deliver the amazing Shakespeare North Playhouse.

To think that the Playhouse had only been open less than one week and it received its first award – I’m sure there will be many more to come!”

Kier Construction, the main contractor for the Shakespeare North Playhouse project, was also recognised for its ‘Performance Excellence’ at the awards. Kier was quoted as an exemplar of how a leading UK contractor can demonstrate excellence in the way in attracts, develops and maintains critical resources and develops people.

The Playhouse celebrates Knowsley’s historic links to William Shakespeare and his love of writing and the new venue is home to the only 17th-century style, timber-built ‘Cockpit’ theatre outside London.

The Playhouse is expected to attract more than 140,000 visitors a year bringing a boost of more than £5.3m to the local economy (GVA) and a range of employment opportunities directly and indirectly linked to the project.

A brilliant submission, demonstrating performance across a wide range of constructing excellence principles. Collaboration was the key with the challenges of the project being met directly through co-location. To successfully deliver this unique project the client had to conduct significant background research to “get it right” first time. What resulted is an excellent example of the end-to-end importance of project management, the creation of strong governance and a focus on best in class from design, through construction to social value and local economic impact.

In order to deliver a unique project the client had to develop an exceptional collaborative vision and significant background research undertaken to “get it right” first time. What resulted is an excellent example of the end-to-end importance of project management, the creation of strong governance and a focus on best in class from design, through construction to social value and local economic impact. Without this leading example of client leadership and behaviour the delivery of Shakespeare North – a replica of the Cockpit-in-Court, designed for Charles I by architect Inigo Jones in 1629 – would not have been possible.

One of the judges commented this is “Almost a manual on ‘how to do it!”

The submission demonstrates an outstanding array of development and inclusion measures across the whole business that has been externally accredited. This is an exemplar of how a leading UK contractor can demonstrate excellence in the way in attracts, develops and maintains critical resources and develops people. The roadmap and targets for success are clearly defined for the next 5 years.

The awards ceremony took place on Thursday 21 July at the Hilton Deansgate Hotel in Manchester.