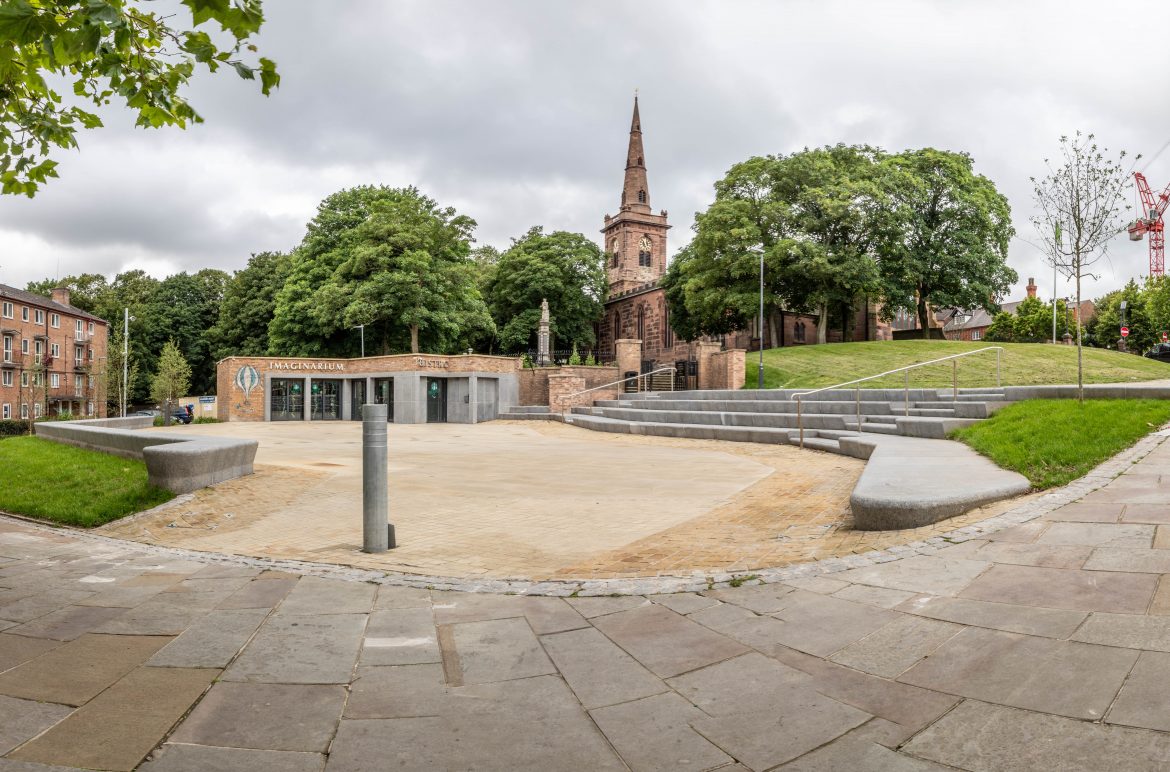 Market Place in Prescot has been named as a Regional Finalist in the 2021 Civic Trust Awards.

The Civic Trust Awards scheme recognises outstanding architecture, planning and design in the built environment and projects that have made a positive contribution to local communities.

Market Place will be considered by a judging panel for either a regional award, a national award, or a national commendation. The result will be announced in January 2021.

Becoming a Regional Finalist also puts the Market Place public realm scheme in the running for a further award in Urban Design Excellence.

“I am delighted that Market Place has been named as a Regional Finalist for such an esteemed award. The area is at the heart of the transformation of Prescot town centre and what was a disused space is now an established bistro and beautiful area for visitors to enjoy. It is a real boost to know that this public realm development has been acknowledged for the benefits it has brought to the local community.”

“The Civic Trust Awards celebrate excellence in the built environment so we are excited and pleased that Market Place has been selected as a Regional Finalist. It has been a great team effort between the vision of Knowsley Council and the implementation by the whole design team. We look forward to a time after the current pandemic when the space can used to its full potential and once again become the heart of the Prescot”

Market Place is the final public realm development and the biggest single project of the Prescot Townscape Heritage Initiative, which is on track to repair and restore 19 historic buildings in Prescot town centre. This transformation has been funded by Knowsley Council and the National Lottery Heritage Fund.

The redesign of Market Place began with extensive consultations events during 2016. This gave an indication of what local people wanted the space to be used for and look like. This consultation fed into a brief for a RIBA design competition which received 45 entries, with a shortlist of five designs put to the public vote. The final decision was made by a panel of local stakeholders chaired by a RIBA architect adviser. The winning design was prepared jointly by Mark Wray Architects and Seed Landscape Design.

The new public space and bistro operated by the locally owned Imaginarium Bistro opened on 29 November 2019 with an opening event and ceremony attended by hundreds of people. The outdoor space has flexibility for outdoor performances, a covered tent, outdoor dining, food stalls or just as somewhere to sit and relax.

Young people to lead Knowsley Children and Families Board meeting