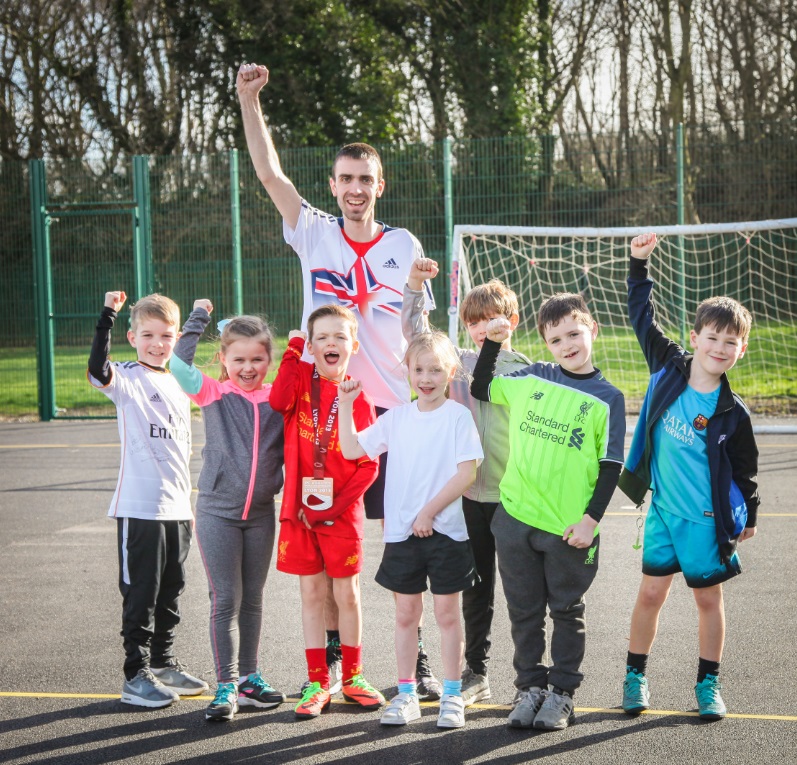 Olympic and Paralympic athletes have been visiting primary schools across Knowsley inspiring children to get more involved with sport.

On a visit to Plantation Primary School in Halewood, sprinter Lee Whiteley delivered an inspirational talk to staff and pupils about how he overcame obstacles to become a medal-winning and British record holding Paralympic athlete.

Lee was born with cerebral palsy. After making the decision to compete in disability sports following an illness in 2011, Lee went on to win a bronze medal in the 200 metres at the IPC Athletic World Championship in 2013.

Like Lee, Joel Hargreaves, a year 3 pupil at Plantation, also has a disability so meeting Lee was especially important for him, he said:

“Lee has proved that he won’t let anything stand in his way, just like I’ve been trying to do by really pushing myself. I really want to achieve my goals like Lee and I hope that one day I’ll be able to play football matches again.

“His story gave me hope and I know that no matter what is thrown my way, I just have to get up and keep trying.”

“It was a great experience for the whole school, both on the day itself and in the weeks leading up to Lee’s visit. We had special assemblies and lessons for all year groups and across the curriculum, linking in with the Olympic and Paralympic Values.

“The children all really enjoyed taking part in a fitness circuit with Lee and it raised almost £3,000 for the school through pupil sponsorship. We’ll use the money to fund new sports equipment and involve the pupils in the decision making, helping to ensure the legacy of the programme for our school.”

The athletes’ visits were organised by 5 Boroughs Partnership NHS Foundation Trust’s Schools 4 Health team in Knowsley, in conjunction with the national Sports for Schools scheme.