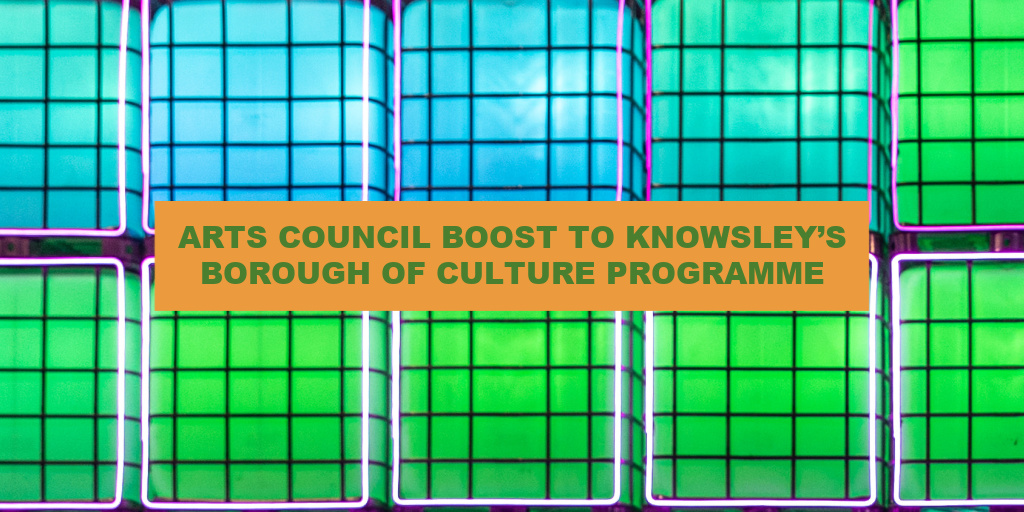 Arts Council England has confirmed it will provide an additional £140,000 to support Knowsley’s year as the Liverpool City Region Borough of Culture.

The grant funding will be used to directly support four projects that will form part of the year-long celebrations. This includes a community land art project, a young cultural champion’s scheme, a major dance commission as part of a wider sporting relay and a special large scale spectacular event to creatively celebrate Knowsley’s manufacturing heritage.

All of the projects aim to increase engagement and participation and showcase even more high-quality art and culture within the Borough during 2022.

“We are delighted to have received this additional support from the Arts Council. It is a further boost to our programme for this year and will enable Knowsley residents to engage with  even more exciting and inspiring experiences.”

Knowsley is one of Arts Council England’s 15 ‘Priority Places’ in the north of England. Priority Places are areas of the UK that have been identified as having a significant cultural offer and potential for further development. The Arts Council plans to work closely with partners in these areas on its three-year Delivery Plan (2021-24) to bring in public investment and support to creative and cultural projects.

Knowsley is one of 54 Priority Places in the UK chosen through a set of criteria based on a review of current public investment and opportunities to engage with creative and cultural activity. Each of the priority places are ambitious to drive positive change through culture.