Home Community and neighbourhoods Does your family have military links? 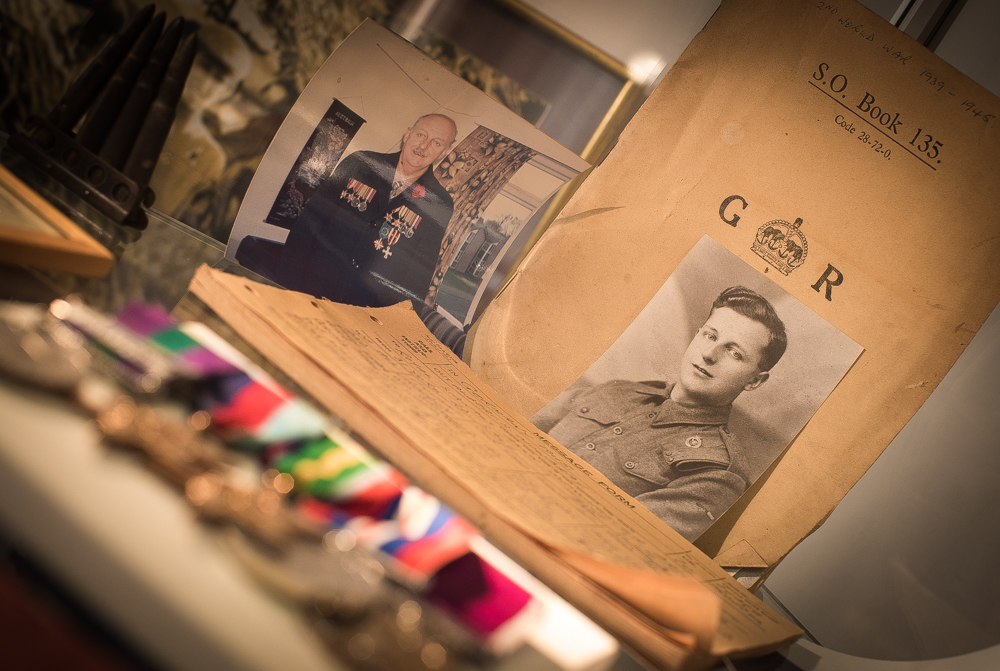 If your family has links with Knowsley’s Army Reserve Centre on Liverpool Road a museum research project would love to talk to you!

Personal stories, photos and memorabilia are now being sought by Prescot Museum as part of the 60th Anniversary celebrations of the Territorial Army Centre in Huyton. Originally opened in October 1956 by Lord Derby, the specially designed Territorial Army Reserve Centre on Liverpool Road was located at the heart of the community and many new recruits wanted to join. The centre has continued to recruit from the local area over its 60 years so many local families will have links with the building and possibly artefacts to donate.

Any donations will be added to the borough wide ‘living archive’ housed at the Army Reserve Centre. Exhibits include Royal Signals radios and uniforms. The signatures of Princess Anne, the former Prime Minister Harold Wilson and Field Marshal Montgomery are amongst the local military artefacts which have been donated over the years. “Many generations have been involved with the Armed Forces in Knowsley and family members past and present will have signed up through the Army Reserve Centre in Huyton, so we really hope people will get in touch and get involved.”

“We hope our special anniversary month will encourage local people to donate any military memorabilia they may have packed away and out of sight at home, so that our local military history can be accessed and celebrated by everyone.

“We’ve got a fascinating collection of trophies, military equipment, uniforms and ephemera capturing the borough’s military history, helping to ensure the local contribution to the Armed Forces can be fully recognized and appreciated. If you’d like to visit the collection just get in touch via the website www.preservingthepast.prescotmuseum.org.uk.” Originally the home of the Royal Tank Regiment a Churchill Tank flanked the main entrance to the then new TA Reserve Centre. In the 60 years since then there have been many changes to the occupants of the building; changes in names and of the organisations they belong too. However, throughout this time the centre has recruited from the local population and over the years these volunteers have been deployed to active war zones in Afghanistan and Iraq as well as the Balkans.

In 1967 a major restructuring of the Territorial Army took place and a new Regiment, 33 Signal Regiment, was created. Changes in 2009 resulted in the Regiment being reduced to a Squadron, still based in Huyton but with a small Signal Troop in Manchester.

Today the Squadron’s role is one of UK Operations, providing support in times of national need. The Squadron was involved in the 2012 Olympics and regularly sends Communication Operators around the county in support of commitments. It was also involved in the support efforts in the flooding in Cumbria.

The Squadron is proud of its roots in the community and this has been recognised by the granting of the Freedom of Knowsley on two occasions. Once in 1988 when it was still part of 33 Signal Regiment and more recently in its own right when in 2012 the honour was again bestowed on it.

In honour of the 60th anniversary there will be a re-dedication of the building by the current Lord Derby on Tuesday 4 October. The Mayor and Mayoress will be in attendance, along with Knowsley councillors, senior officers and Former Commanding Officer Colonel Jolliffee. There will also be members of the Royal Signals Association and former members of both 33 Signal Regiment and 33 Signal Squadron.

For more information about the fascinating Knowsley Army Reserves Collection or to arrange a visit, check out www.preservingthepast.prescotmuseum.org.uk. Alternatively, contact Sarah Craven on 0151 443 5618 or sarah.craven@knowsley.gov.uk.