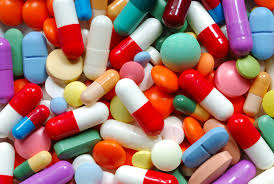 Antibiotics aren’t always the answer for those suffering from coughs or colds this winter.

That’s one of the messages we’ll be hearing during Antibiotics Awareness Week (14 – 18 November) and on European Antibiotic Awareness Day (18 November) – annual events that aim to help people use antibiotics in a responsible way.

They remind us that antibiotics are starting to lose their effectiveness as bacteria become resistant because of the overuse of these drugs.

Health professionals in Knowsley are keen to highlight that many illnesses, including coughs, colds and sore throats are caused by viruses and antibiotics do not work against viral infections. In many cases, the body can fight these on its own.

Antibiotics are important medicines used to treat infections caused by bacteria, but the more we use them, the greater the chance that bacteria will become resistant to antibiotics and they will no longer work.

Here’s some advice to help you get the best from antibiotics:
• Reduce the risk of spreading infections in the first place. Cleanliness is essential and especially important in households with people who have chronic illnesses.
• At the first sign of a cough or cold speak to your pharmacist who can help provide advice on over the counter medicines to treat many symptoms.
• Antibiotics should only be taken – as directed -when prescribed by a health professional and always finish the course. Never save antibiotics for later or share with others.
• Return any unused antibiotics to your pharmacist.
• Antibiotics can have side effects such as diarrhoea and/or thrush as they can upset the natural balance of bacteria. Antibiotics also cause other side effects such as rashes, stomach pains and reactions to sunlight.
• Antibiotic resistant bacteria don’t just affect you, they can spread to other people (and animals) in close contact with you and are very difficult to treat.

Public Health England has also launched an Antibiotic Guardian campaign and is asking the public, healthcare professionals and leaders to take action by choosing a pledge and becoming an antibiotic guardian. More details are available at www.antibioticguardian.com

Tweets of the Week, Friday 11 November