Home Lifestyle and what's onBorough of Culture An event fit for a Queen! 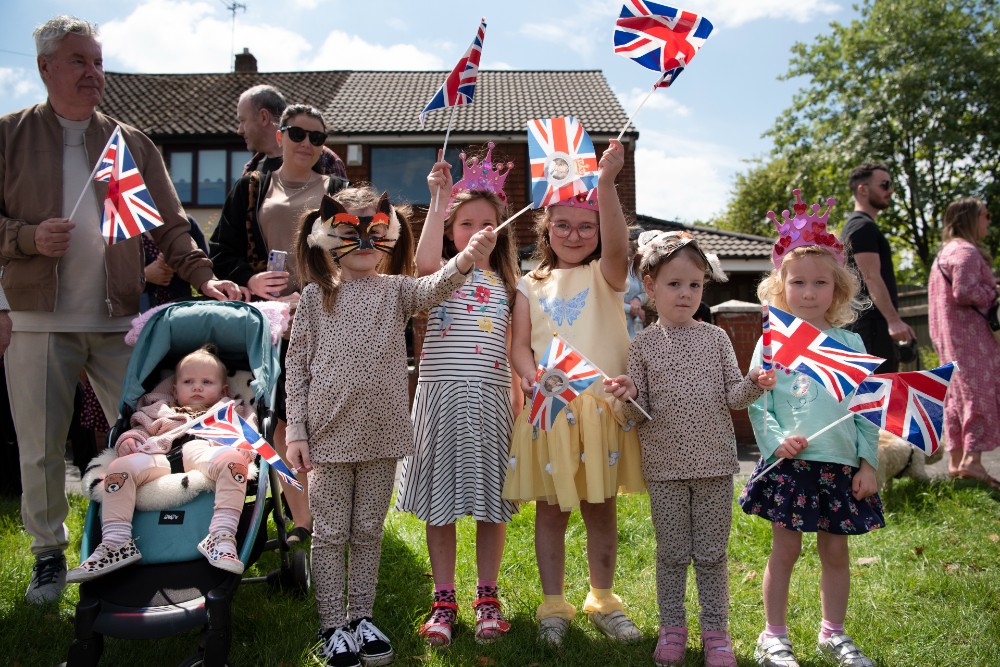 An event fit for a Queen!

On Saturday 4 June, over 500 Knowsley Village residents turned out for a spectacular parade celebrating the heritage of the village and a highlight of Knowsley’s year as Liverpool City Region Borough of Culture.

‘Kings Queens and Mr. Lear’ was a colourful celebration of Knowsley Village’s rich history of holding royal celebrations and its connections to the celebrated poet, author and illustrator, Edward Lear. It was while living at Knowsley Hall that Lear painted an array of exotic birds and animals and wrote the much-loved children’s poem ‘The Owl and the Pussy-cat’ for the Earl of Derby’s children.

‘Kings Queens and Mr. Lear’ was a visual spectacle, created by commissioned parade specialists Handmade Parade, with the procession being led through the village by renowned Brazilian drumming troupe Katumba.

Local children and residents dressed in vibrant costumes and were at the heart of the parade, where they carried parade art, inspired by the works of Edward Lear that they had created themselves. Stilt walkers and large-scale puppets including a rose queen also joined the local community in this vibrant parade. A special highlight was the specially commissioned puppet of ‘Lear’s Macaw’ a rare species of all-blue macaw native to Brazil and named after Edward Lear.

Cllr Graham Morgan Leader of Knowsley Council said “When Knowsley Council started to plan for this important year, it was our aim to create opportunities for communities to come together, especially after the pandemic. We wanted them to find the culture within their communities, to be able to work with artists and develop activities that would be inclusive and leave wonderful memories and a lasting legacy. The residents of Knowsley Village have certainly taken this opportunity and created something truly magical.”

Knowsley Village resident Deborah Collins, who took part in the parade said: “The costumes, masks and artwork made by the children were brilliant. The preparation and work that has gone into putting this in place was immense! It was a pleasure to be part of this event. Thanks for everyone’s efforts, it was great to see the whole village celebrating.”

PREPARING FOR A ROYAL VISIT

In the months leading up to the parade, workshops were held for local school children from St John Fisher Primary, Knowsley Village Primary, Stockbridge Village Primary and St Brigid’s Primary. The 1st Knowsley Sea Scouts also took part in the parade as well as members of the local community who participated in free craft sessions lead by community artist Nayna Lad.

Community Dance workshops lead by award-winning world dance specialists Movema culminated in a dance performance at the end of the parade in the grounds of St. John Fisher Parish Church.

Why choose an apprenticeship?