Most recent
Bars and restaurants to begin reopening from 4...
First new homes agreed for Halsnead Garden Village
Keeping families in touch during lockdown
Partnerships help to tackle anti-social behaviour
Home Knowsley Council On the agenda at Council this week

On the agenda at Council this week

All the papers from the meeting can be found on the council’s website – but here’s our guide to what was on the agenda and what was agreed at the meeting.

Cllr Gary See, Knowsley Council’s Cabinet Member for Children’s Services, delivered a presentation to Council to show the progress that the authority has made in its children’s social care provision. The presentation looked at the experiences of young people in the care system today, compared to 2014. This follows on from the most recent inspection by Ofsted, which confirmed that progress was being made in all areas of child protection.

Members of Knowsley Council were then asked to consider the following items:

Councillors received an update on the development of the Order required to establish the Mayoral Liverpool City Region Combined Authority from May 2017.  This will enable the funding and resources agreed through the Devolution Agreement in November 2015 to be devolved to a Liverpool City Region Mayoral Combined Authority. The draft Order was noted and is now due to be considered by the Council’s Cabinet in November 2016.

Review of Polling Districts and Places

Councillors agreed proposals for updated polling districts and polling places for elections in the borough. This is done every five years and is the first one carried out since new ward arrangements were implemented for the Local Elections earlier this year. The criteria for identifying polling places includes making them easy to find, easily accessible and without major barriers between voters and the polling station.

Council considered Boundary Commission proposals to cut the number of UK Parliamentary constituencies from 650 to 600 and make the size of each constituency more equal. Under the proposals, Knowsley residents would be unaffected and would continue to be represented by the three constituencies of Garston & Halewood, Knowsley and St Helens South & Whiston. Knowsley Council will make a submission in support of the proposals by the deadline of Monday 5 December.

Council approved the Joint Health and Wellbeing Strategy which was endorsed by Cabinet Members last month. The strategy is the key document which will show how health and wellbeing is to be improved in the borough, and has been consulted upon widely with partners and residents. It sets out two priority areas of focus for board over the next four years; promoting mental health and emotional wellbeing and promoting healthy living.

All the papers from the meeting are available on the council’s website.

You can also watch the meeting in full:

On the agenda at Council this week was last modified: October 12th, 2016 by Gemma Melling 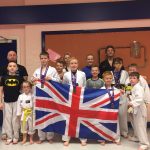 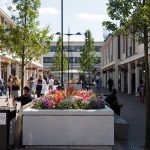