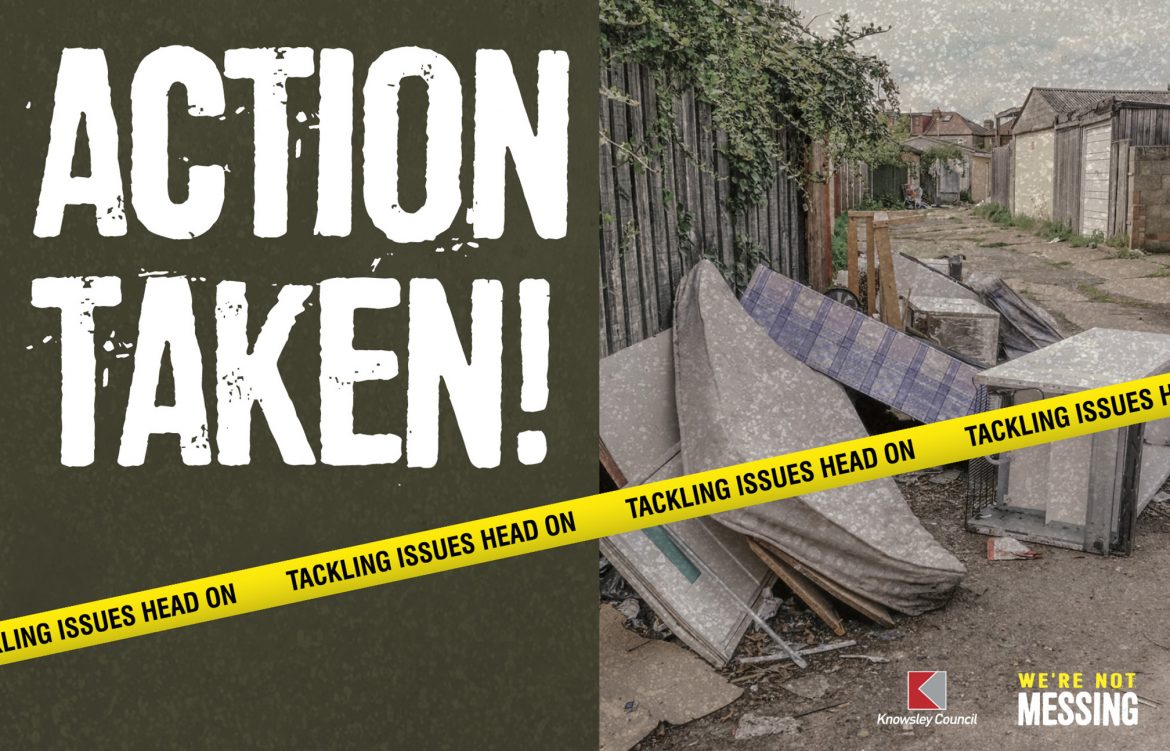 The latest crackdown on fly tipping has seen Knowsley Council taking action and issuing high value fines to those illegally dumping waste since the beginning of lockdown this spring.

Thanks to the investigative work of officers from the council’s Environmental Health team, 9 Fixed Penalty Notices (FPNs) have been issued to residents and businesses totalling £3,000 for illegally dumping waste across the borough.

A key element in helping to identify offences has been Knowsley’s extensive CCTV network, which the team utilise to help identify offenders. There are more than 850 cameras across the borough including HD and mobile units that are deployed to fly tipping hot spots.

Incidents include businesses not disposing of their waste properly from the alley way behind their premises, a construction business dumping their waste at the side of the road, and a resident who believed it was ok to dump garden waste on an embankment. There are also ongoing investigations that have been captured on CCTV.

Cllr Shelley Powell, Knowsley Council Cabinet Member for Communities and Neighbourhoods, said: “Sadly, during lockdown there has been a national increase of fly tipping and Knowsley has been no different. However, we have been clear over these last few months that it will not be tolerated, and action will be taken. Fly tipping is a blight on our communities and it’s fantastic to see the hard work of our Environmental Health team who have used all the resources and powers available to us as a local authority to hold culprits accountable.”

If you see any incident of fly tipping please report it to Knowsley Council online https://www.knowsley.gov.uk/online-services/report-it

All money acquired through fines covers the cost of prosecution and remaining funds go back into the service.