Most recent
For The Record – Asylum Seekers in Knowsley
Update on Huyton Village Centre’s plans
Kirkby lights up for Liverpool City Region Borough...
Home Lifestyle and what's onBorough of Culture 22 Voices welcome you to Knowsley’s year as Borough of Culture 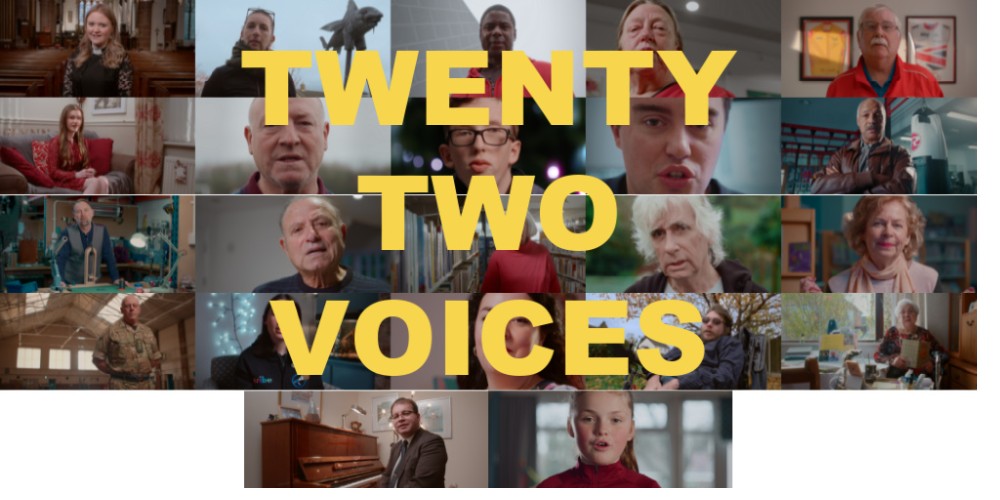 Twenty-two people, representing Knowsley’s rich and diverse local community, have come together to officially mark the start of Knowsley’s year as the Liverpool City Region Borough of Culture 2022.

From sportspeople to artists, business leaders, young people and community champions these 22 individuals have been chosen to bring to life a specially created poem about Knowsley – written by performance poet Curtis Watt.

With rapper, beatboxer, actor, presenter, musician and more listed on his CV, Curtis is a great example of a local creative success story. Born in Kirkby and raised in Liverpool, Curtis has forged a successful career spanning various performance genres and gives much of his time to charitable endeavours and community projects in the region. His most recent collaboration with Knowsley and local company Adlib is yet another demonstration of his many talents.

As part of Knowsley’s year as the Liverpool City Region Borough of Culture, Curtis was commissioned to work with the local community and write a poem about the place – its people, passions and cultural credentials. The result is a warm and witty poem which has been brought to life by 22 real voices from Knowsley, reflecting the many diverse communities, experiences and talents within the borough.

Curtis said: “As a local lad myself, it has been a real privilege to work with the local community on this project. My conversations have really helped to shape my understanding of Knowsley and hopefully allowed me to capture some of that warmth, humour and pride that is so clearly evident when you talk to people.

“I was delighted to be asked to be part of Knowsley’s celebrations as the Liverpool City Region Borough of Culture. I really hope that this year, and the many exciting things that are taking place, will encourage more people in Knowsley and further afield to experience culture and come together to celebrate this wonderful place. Maybe it will even spark some new creative passions too – which would be great.”

The poem – entitled Twenty Two Voices – has been launched to welcome people to Knowsley’s year as the Liverpool City Region Borough of Culture. Aiming to give everyone a fun glimpse into the place, its history and its communities, it is hoped that the poem will help to encourage more people to engage with the events and special activities that will take place throughout the year.

“The theme for our year as the Liverpool City Region Borough of Culture is storytelling so this poem is a great way for us to highlight the richness of all the individual and collective stories that make up Knowsley. Its hard to capture everything about a place and its people that have such character and depth, but I think Curtis has done an amazing job.

I found it quite emotional when I first heard the poem, and I am sure that our residents and people across the region will love it!”

Fourteen year old April Beadman from Whiston was one of the 22 people chosen to be part of this project. She is an active member of Knowsley’s Youth Parliament and is particularly focussed on work to raise awareness and understanding of climate change. In addition to her school studies and work for the Youth Parliament she also volunteers in Knowsley and will be part of the team working on the Flower Show in 2022. A major highlight of Knowsley’s year as Borough of Culture. She said:

Where to get your COVID-19 vaccination

Quit for good with free tools and support