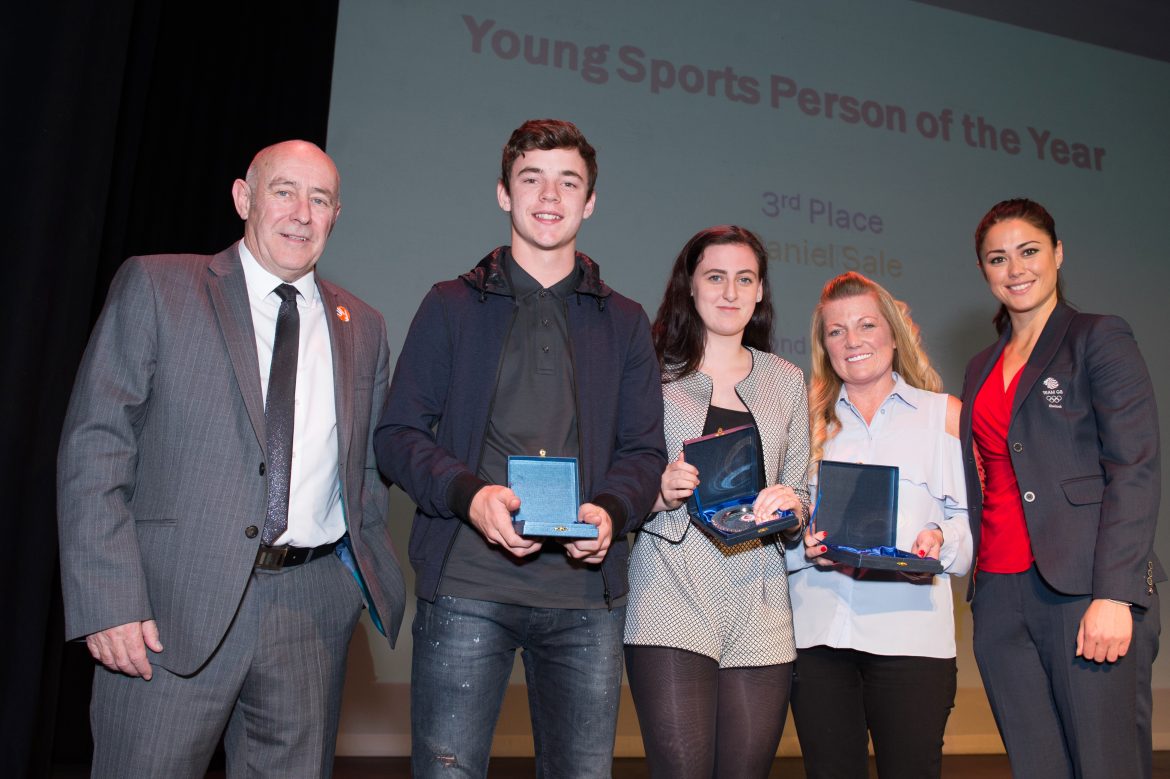 From snowboarding to Taekwondo, the sporting stars of Knowsley are a talented bunch!

Judges at this year’s Knowsley Sports and Cultural Awards had to whittle them down to winners and runners up in the hotly contended Coach of the Year, Young Sports Person of the Year and Club of the Year categories.

We take a closer look at all the winners…

Coach of the Year

Nicki has been a member of Huyton Swimming Club for 29 years and for the past 22 years she has coached swimming and lifesaving skills at the club, which has a membership of more than 80.

She has been the Head Coach for the past 14 years and during this time, has not only taught children to swim but has encouraged them to gain national Lifeguarding qualifications. Some of her pupils are now employed as lifeguards in Knowsley and surrounding areas.

Nicki is a qualified level 2 swimming teacher (amateur swimming association) and a trainer assessor for the Royal Life Saving Society. She was also part of the swimming team who represented Knowsley in the first Merseyside Youth games (some 25 years ago).

On top of all that, Nicki runs courses for the volunteers and helps secure funding to enable them to access recognised teaching qualifications. There are currently 11 coaches who work alongside her and the members undertake both ASA and RLSS awards to live up to their full potential.

Nicki is a motivator who leads by example – and shows commitment dedication and passion to her chosen sport – a very much deserving winner in this category.

Knowsley Harriers running club has many coaches but Tracey stands out from the crowd.

A qualified coach, she has a passion for running like no other and she works tirelessly at supporting runners to achieve their goals. She is great with individuals who are new to the sport and lack confidence, bringing out their full potential. Her colleagues all say Nicki brings people together and creates an excellent team spirit within the club as a whole.

Danny has worked tirelessly with Knowsley School Boys u13’s football Team for the last 18 months as a volunteer.

He attends weekly training sessions, helping to develop not only the boys’ skills and understanding of football, but also their teamwork and sportsmanship. He also attends weekly Saturday morning matches throughout the North of England.

Danny was instrumental in guiding the boys to the quarter final in the ESFA National Cup which was a huge achievement for Knowsley. His colleagues describe him as an excellent coach who is an extremely well liked and respected member of the coaching team.

Young Sports Person of the Year Scott is only 13-years-old but has been snowboarding since he was seven. In the last few years he has won British and English snowboard championships year after year for under 12’s and other competitions.

He is already the British and English under 16 Slopestyle Champion and has won many competitions all over the country, leading to being chosen to compete for GB in Italy this month.

Scott trains hard and is committed to this sport. His talent is obvious and his ambition is to represent team GB in the Olympics and X Games – both of which are looking highly likely!

Kristina started Taekwondo just before her 18th birthday. She watched the London Olympics and thought that she would like to give it a try and joined a local club and has never looked back. She never misses a training session and has had a broken nose (twice), dislocated and broken her finger and thumb, dislocated her knee but always turns up to help the younger children with their training.

After passing her belts in less than two years, she was  invited to join the GB cadet team and went on to represent England at the commonwealth games in Edinburgh, wining a bronze medal.

Last year, Kristina received her black belt and was ranked number 1 in the UK for her weight.

And the successes continue; earlier this year she was named Taekwondo Inspirational Woman in Sport on International Women’s day.

She lists her greatest achievements as gaining two bronze medals at the Turkish Open and Spanish Open, both G1 World Ranking Competitions, and being the only British fighter to get a medal in Turkey.

Daniel has been trampolining since the age of eight. He is dyslectic, and has poor memory and concentration skills but has a natural talent for the sport. So much so, he represented his country at the tender age of 11 and has done so nearly every year since.

Daniel has been British Synchro champion two years on the run, and in December 2015 he was selected for the world championships in Odense Denmark, which he won. Daniel is now part of the senior GB team, and continues to excel.

Club of the Year This club started back in 2008 with three teams. Since then, with help from Knowsley Council’s sports development officer, it has opened its door to anyone and everyone from the local community.

Huyton Juniors are based at Jubilee Park and have turned it into one of the best looking parks, not only in Knowsley, but across Merseyside. The club maintains the football pitches itself by cutting the grass, marking the football pitches and have worked hard to make the park itself a safe place for families to go and enjoy.

Since 2008, the club have gained FA charter standard accreditation and now has 27 teams ranging from u6 – u14, as well as their own academy. Its committee are all dedicated  volunteers, as are the coaches and managers. Working together, what they have achieved for their players and the community as a whole is really quite incredible.

This is a competitive club which trains swimmers of all abilities and ages in the local area. The club has four sessions a week at Knowsley Leisure and Culture Park with additional training via the Prescot open swimming squad.

2016 has been particularly successful for Prescot Swimming Club, as it gained promotion into the North West Premier Division of the National Arena Swimming League, won both Division 2 of the Merseyside and District League and Division 3 of the North West Micro League, securing promotion in both competitions and winning the Junior Development League.

This year, two of its swimmers represented the club at national championships, with the club captain swimming in the British Championships and Olympic trials.

And there is a strong ethos of volunteering and helping others. Many of Prescot Swimming Club’s members go on to become volunteers themselves, helping and teaching many of the younger children whilst working towards the Duke of Edinburgh Award.

This club started out as one team club aiming no further than to support the needs of a team of under 14’s in 2013.

In order to adhere to FA guidelines, the club appointed a child welfare officer, emergency first aider, treasurer, chairman and a secretary. They also gained FA affiliation and FA charter standard status – all inside their first season!

Since then, the club has gone from strength to strength and for the 2016/17 season this club has five teams, two teams at U17, one team at U8’s and a new u7’s team – as well as a mini soccer academy continuing to build for the team’s future. Impressive stuff!