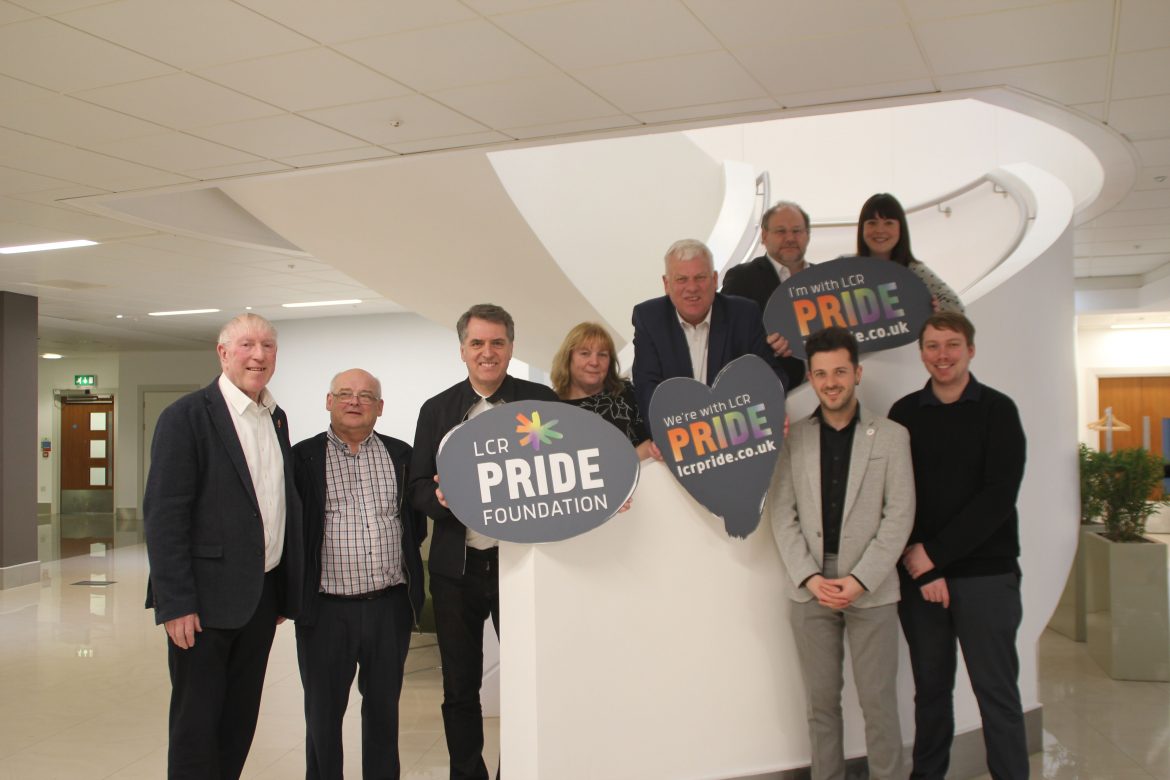 A new foundation focused on making the Liverpool City Region the most LGBT+ friendly region in the UK has launched with the support of Metro Mayor Steve Rotheram, and backing from Knowsley and Wirral councils.

What is the LCR Pride Foundation?

The LCR Pride Foundation was established in early 2019 with the aim of extending the reach of Pride across the whole of the Liverpool City Region. It will deliver a full calendar of campaigns, social and cultural events, including the annual Pride festival, as well as supporting collaborative working and providing wider-reaching engagement activities. Knowsley and Wirral will be the first two boroughs outside of Liverpool that the foundation will work within.

Andi Herring is the co-chair of the LCR Pride Foundation alongside John Bird. He said:  “The Foundation has been established to build on the history of Liverpool Pride and champion the rights of LGBT+ people living in and visiting the region.

“As an organisation we fight to highlight the daily barriers LGBT+ people face, with the ultimate aim of creating an inclusive culture for all to enjoy and participate in. We want our message to be heard not just in the city centre, but across the six boroughs of the Liverpool City Region. Working collaboratively with local councils, their leaders and LGBT+ people within their communities will be absolutely vital to our success.” Local political leaders, including Cllr Graham Morgan, at the launch of hte LCR Pride Foundation, which is focused on making the Liverpool City Region the most LGBT+ friendly region in the UK.

“Knowsley is a place where everyone is welcomed”

Cllr Graham Morgan, Leader of Knowsley Council, said: “We’re really proud to be part of this push to make our region LGBT+ friendly. We’ll be using this to send the strongest possible message that Knowsley and the wider City Region is a place where everyone is welcomed.”

Events already revealed for 2019 include Liverpool’s annual Pride festival and Film with Pride, which last month launched with its Dirty Thoughts season. The film programme will showcase new and classic LGBT+ cinema from around the world throughout the year in venues across the region. The organisation also plans to develop a community grants scheme to support grassroots activity in the six city region boroughs.

Steve Rotheram, Metro Mayor of the Liverpool City Region, said: “Building on Pride’s achievements, by extending its reach to the wider city region, is very positive news for LGBT+ communities. I am committed to a fully-inclusive city region and I look forward to working with our local authority colleagues to celebrate this year’s programme.”

Have your say on plans for East of Halewood